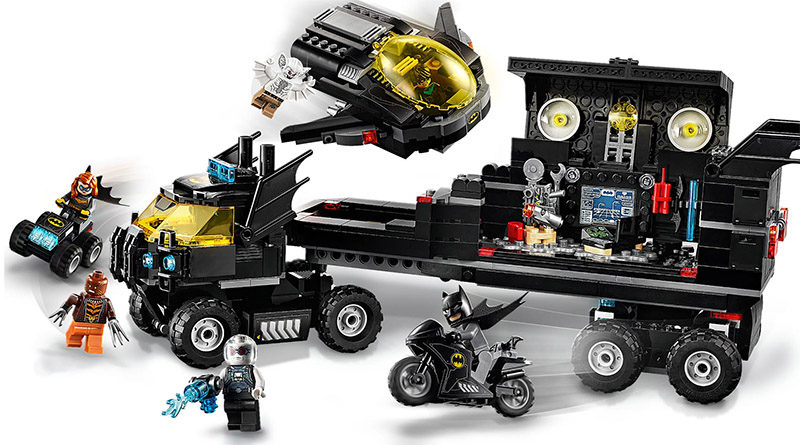 Today’s the last opportunity to pick up LEGO Batman 76160 Mobile Bat Base and get double VIP points on the purchase.

LEGO.com has been offering double VIP points on Batman 76160 Mobile Bat Base for the last week or so, with that promotion coming to and end today. It means that fans will get the equivalent of 10% back to spend on future LEGO Store purchases, rather than the usual 5%.

It’s a set that offers a decent selection of DC Comics minifigures and builds a garish Bat-vehicle to add the Dark Knight’s never ending roster of weird and over the top machines.

The LEGO DC Mobile Bat Base (76160) incorporates 5 iconic vehicles, a bunch of awesome weapons and lots of cool gadgets. With 6 popular LEGO DC minifigures from the Batman movies, this set gives kids everything they need to explore an exciting world of Batman adventures!Kids join Batman, Batgirl and Nightwing on the hunt for notorious Super-Villains Mr. Freeze, Man-Bat and Bronze Tiger. The high-tech Mobile Bat Base is packed with exciting hidden features: Detach the Batjet from the trailer and unfold its wings; when it lands, drive the BatQuad out of the rear; unfasten the motorcycle from the back of the truck; release a water scooter from the front of the truck with the touch of a switch… there’s even an on-board jail for the bad guys and an explosion feature for when they escape.