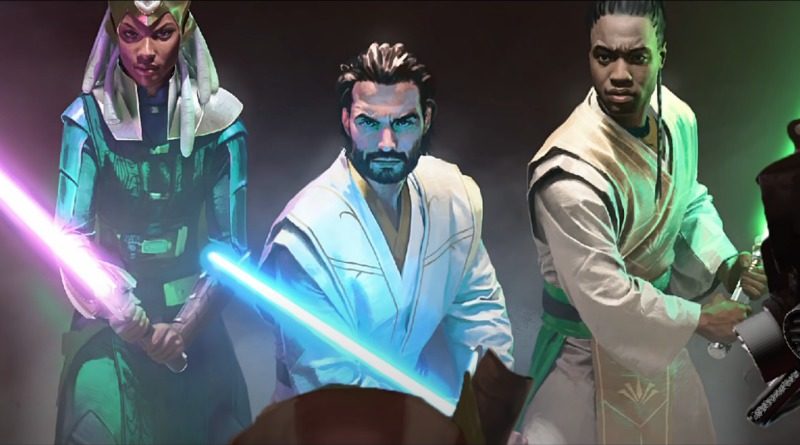 The launch trailer for Star Wars: The High Republic has landed online, potentially giving us a glimpse at future LEGO Star Wars sets.

Lucasfilm’s new era of Star Wars storytelling is set 200 years before the events of The Skywalker Saga, and introduces countless new characters, ships and locations – including at least one familiar face in Master Yoda – all of which could make for interesting new additions to the LEGO Star Wars theme.

Don’t get your hopes up too high for the moment, though. At least for now, the High Republic narrative will be weaved across books, comics and magazines, which aren’t traditionally used as source material by the LEGO Star Wars design team. That said, Lucasfilm is very heavily pushing the visual aspect of this new era, from its graphic novels to the huge amount of concept art it’s already revealed.

And while the LEGO Star Wars theme has typically concentrated on designs inspired by on-screen media – be it film or television – it’s not averse to taking deep dives into Star Wars canon. With no new movies on the horizon until at least 2022, the High Republic could well be a great source of fresh ideas.

Check out the launch trailer below for a glimpse of what to expect from this new era of Star Wars storytelling.

While that clip reinforces the High Republic’s domain of printed media, there’s also nothing to say we won’t be exploring these characters and storylines through movies and TV shows in future. Disney clearly views its streaming service, Disney+, as the future of Star Wars – at least in the immediate term, with at least 10 new shows coming over the next few years – so High Republic content could feasibly one day end up there, too.

If that does happen, it would make the prospect of LEGO Star Wars: The High Republic sets all the more likely. For now, though, we’ll just have to dream of what could be.