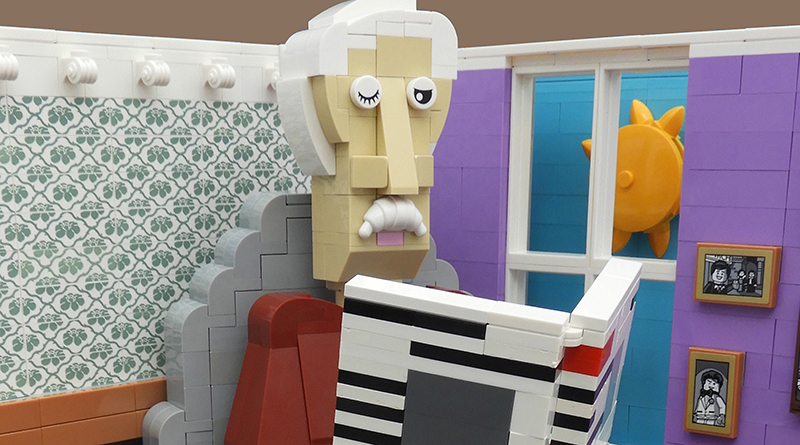 Leslie is not a huge fan of the sunshine, he would much rather stay inside and enjoy his Sunday newspaper. The hearty lunch he has just finished is beginning to make him feel sleepy and there is every chance that he will drop off before he reaches the sports pages… 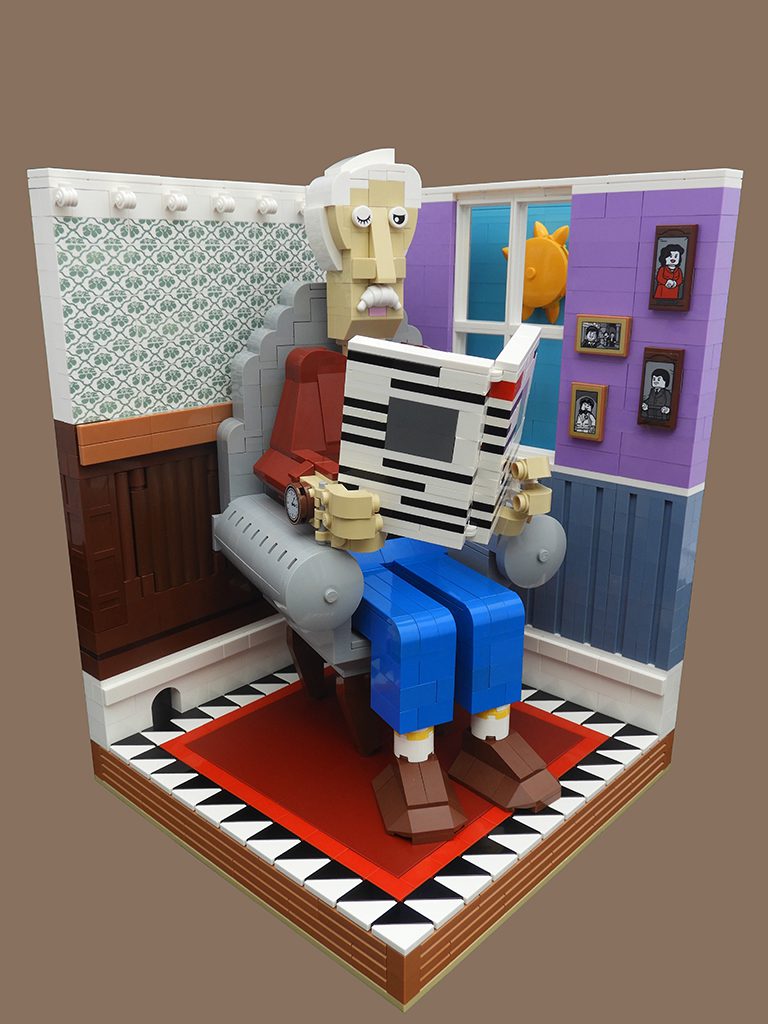 I spend a lot of my time building space and otherworldly scenes so I decided to try something different and build a very ordinary scene. I have never built to this scale before so it was an opportunity to try different build techniques and parts and colours I had not really experimented with before.

The build started with the head as I figured that most of the character of the build would be in the face, and that would also define the scale of everything else. This was the part of the build which took the most time and rework as I was so eager to get it right. There’s a fair bit of SNOT (studs not on top) usage in a relatively small area. To finish off the head, I couldn’t resist the white croissant part!

The newspaper was also a joy to build – I decided that Leslie enjoys a tabloid newspaper rather than anything more highbrow, hence the splash of red. The remainder of the build was pretty straightforward and once I had completed the seated character I decided to build a small scene for him to sit in, away from the glare of the afternoon sun.

By chance, the printed clock part seemed to work as a watch against the scale of the build and equally four white doors lent themselves well as a window.

When building the head I realised that it bore and uncanny resemblance to my dear departed grandfather, which meant the character had to be named Leslie.