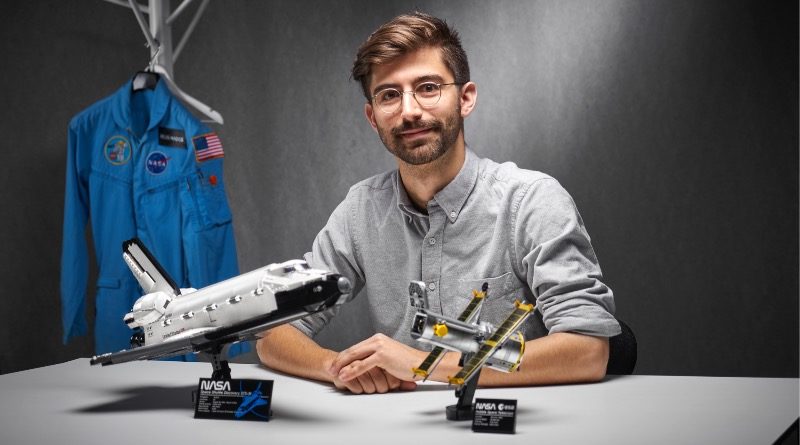 The LEGO designer behind 10283 NASA Space Shuttle Discovery has revealed how the team spent three years developing the model, creating the perfect conditions to bring the space set to life.

Speaking exclusively to Brick Fanatics, Milan Madge shed light on the development process for the LEGO Group’s latest NASA-inspired 18+ set, which benefited enormously from the extended timeline between the initial concept model and locking in the final design. Putting an exact figure on that span of time is tricky, however.

“It’s hard to say how long it took because the process is sometimes quite fluid,” Milan explains. “We’ll have a concept model and then we’ll maybe have some ideas for it, and eventually it’s fleshed out enough that we’ll be looking at how to manufacture it. So that’s a little bit hard to say about the model itself.

“If you were to say how long from the first concept model to the end date, then I wouldn’t be surprised if it was two or three years, which is a long time.”

For his part, Milan says he’s been working in ‘adult models’ since 21319 Central Perk, which landed on shelves in 2019. (Before that, he worked exclusively on 4+ sets and Creator 3-in-1). But the original concept model for 10283 NASA Space Shuttle Discovery – as Brick Fanatics revealed in a previous story – was built by Mike Psiaki in just a single day.

Since then, the model has essentially been ‘on the shelf’ of the LEGO Group’s design department, with Milan and his fellow designers repeatedly tinkering with it until the time was right to bring it to market. And while you might assume drawing out that design process could result in a set that already looks aged by the time it launches, Milan argues that the opposite is actually true.

“That’s the beauty of having a constant model that’s hanging around for so long,” the designer says. “We might have it on the shelf with elements that were five years old. And then suddenly a new element comes in that someone’s designed in a Friends or CITY set, and you think that piece completes this model now, and you go back and redo something on the model that’s been sat there for a year.

“So it kind of evolves with the LEGO system.”

For more on 10283 NASA Space Shuttle Discovery – which is available now at LEGO.com, and includes an accompanying model of the Hubble Space Telescope – check out our in-depth review, and learn how the LEGO Group originally considered combining multiple shuttles into a single set.