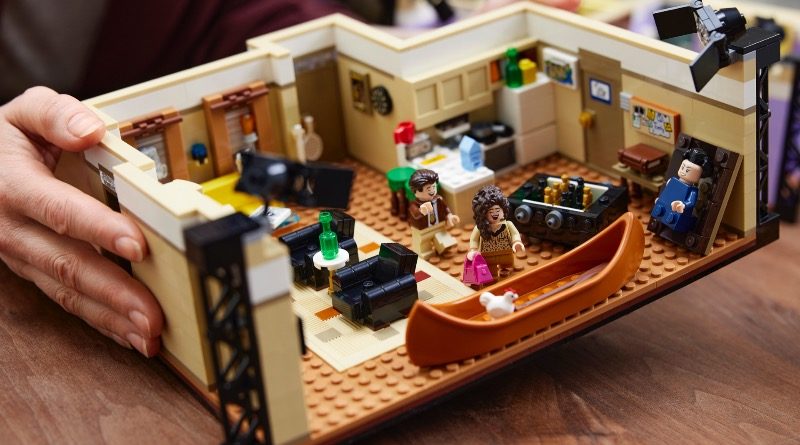 Word of a second set based on the enduringly popular TV show first emerged all the way back in January, with details trickling down the grapevine in the months since suggesting it would be based on Monica and Rachel’s apartment.

Those rumours were then confirmed over the weekend by an official tease, which recreated the iconic moment from Season 10’s The One With The Late Thanksgiving – hinting that the set’s minifigures would also be based on that late episode in the show’s decade-long run.

As it turns out, there’s far more to 10292 Friends Apartments than either that teaser or early rumours suggested. Alongside Monica and Rachel’s apartment, the 2,048-piece set also includes Joey and Chandler’s apartment and an adjoining slice of hallway, doubling the size and footprint of previous sitcom-inspired sets including 21319 Central Perk and 21302 The Big Bang Theory.

The seven minifigures also draw from across the entire series in their outfits, reflecting the hodgepodge of references scattered throughout both apartments. You can take a closer look at the contents of 10292 Friends Apartments in our full image gallery, or click here for a complete rundown of the inspiration behind these particular versions of Ross, Rachel, Monica, Chandler, Joey, Phoebe and – for the first time in LEGO – Janice.

“Following the success of the LEGO Ideas Central Perk set, we wanted to develop another tribute to this iconic TV show with a focus on the famous apartments,” said designer Anderson Ward Grubb. “We worked directly from production photos of the set as well as watching and re-watching a lot of episodes so we could capture as many iconic moments as possible.

“One fun challenge was figuring out how to represent some aspects that change over the course of the show that appear in some episodes and not in others. I am looking forward to seeing if the eagle-eyed fans will spot them.”