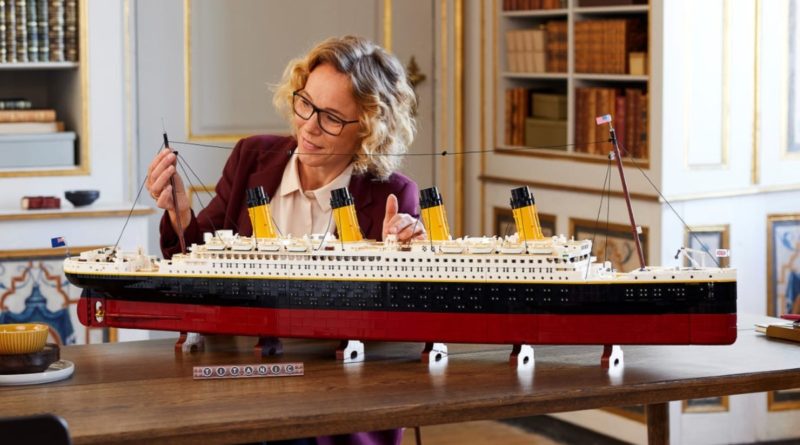 It’s still sold out in the UK and Europe, but LEGO ICONS 10294 Titanic is now available to order with immediate delivery in North America.

The 9,090-piece set sails back on to virtual shelves with a $50 price hike, taking its new RRP to $679.99 in the US and $849.99 in Canada. It returned on back order earlier this week, with an estimated shipping date of August 18 – but while 10294 Titanic has spent most of its shelf life so far flipping between back order and out of stock, it’s today moved to ‘available now’, which means it’ll ship straight away.

Measuring a full 135cm long, the 2021 set requires not only a significant spend, but also a significant amount of display space. If you can find room for it, though, it’s absolutely worth the time and money, as you can read in our in-depth review. LEGO sets as large and detailed as this don’t come along very often (just twice a year, maybe), and 10294 Titanic is the full package: an engaging build and an extraordinary display model.

It would also usually be a contender for Brick Fanatics’ Top 20 LEGO Sets List – just to really reinforce how good it is – but our rundown of the very best products available at LEGO.com tracks their stock levels in the UK and Europe, where 10294 Titanic is still ‘temporarily out of stock’. For the time being, anyway – we’ll let you know when it’s finished making its return journey to this side of the Atlantic.

If it does so before September 1, you should be able to lock in its current price of £554.99 / €629.99, narrowly avoiding what’s likely to be a similar price increase in those regions next month.