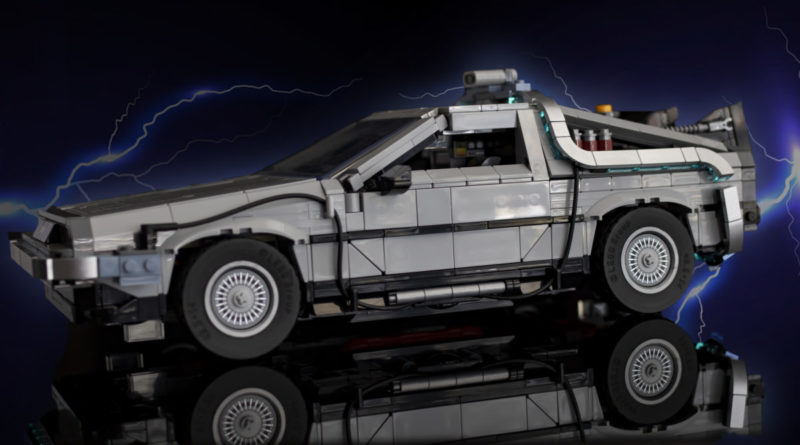 A set in the LEGO ICONS theme – 10300 Back to the Future Time Machine – may have benefitted from appearing a little later than it actually did.

Released earlier this year, 10300 Back to the Future Time Machine has proven a very popular LEGO set. The model recreates the beloved Delorean time machine from the Back to the Future film series, with its larger scale allowing for impeccable detailing. This may account for it selling out online on multiple occasions this year.

The Delorean is famously modified as the films progress, incorporating new technologies from the eras it lands in. 10300 Back to the Future Time Machine reflects this, including pieces to depict it in various different forms. Its original version, 2015 version and 1955 version can all be built here, though not at the same time.

However, one version of the Delorean is conspicuous by its absence. We’re talking, of course, about its 1885 version – which sees it outfitted with a set of train wheels towards the film’s end.

It’s not hard to see why this was the case. While several LEGO train wheel elements have been produced over the years, they’re designed for minifigure-scale trains – and must function as actual train wheels might. As such, existing elements would have been totally out of scale.

A recent release has changed that, however. 76405 Hogwarts Express – Collectors’ Edition recreates the train at a larger scale than we’re used to seeing. The model incorporates a new set of larger train wheels, although the scale of the model means it cannot actually run on standard LEGO track.

The possibilities of these new train wheels have yet to be explored properly, but they would be an ideal companion to a large-scale LEGO Delorean. It’s just a pity that such an element appeared too late, and prevented this LEGO set from being truly definitive.

Still, we imagine these new wheels will soon appear on the secondary market if you’re looking to modify it. Ironically, though, these new wheels may prove too large for the set’s wheel wells. If you feel like you can survive without them, 10300 Back to the Future Time Machine is currently available for back-order on LEGO.com within the UK and Europe.