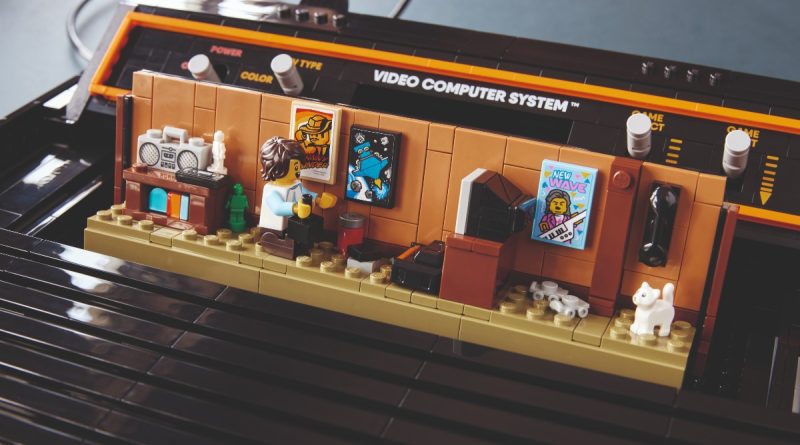 The upcoming release of LEGO ICONS 10306 Atari 2600 will include the latest addition to an ever-growing line-up of gamer minifigures.

As previously reported, the imminent arrival of 10306 Atari 2600 will not only feature a brick-built version of the legendary console, but also an exclusive minifigure. The set comes with a kid gamer character wearing an Atari shirt, with the minifigure’s torso boasting the company’s iconic logo.

In addition, the unique Atari minifigure is also the latest in an expanding line-up of gamer characters that have appeared in a range of LEGO themes in recent years, including a video game specific set and two CMFs. The first of these was Video Game Guy, who appeared in LEGO Collectible Minifigures 71007 Series 12 in 2014. The character wore a ‘Player 1’ T-shirt, headphones and a joypad accessory, possibly matching the look of many, many gamers worldwide.

The next video gamer minifigure last arrived in 2019 as part of LEGO Collectible Minifigures 71025 Series 19. Video Game Champ boasted an impressive set of gaming headphones and Xbox-style joypad, as well as a printed 2×4 tile featuring ‘Space Game’ for the ‘Play-Box’ system, a nice tongue-in-cheek combination of Xbox and PlayStation.