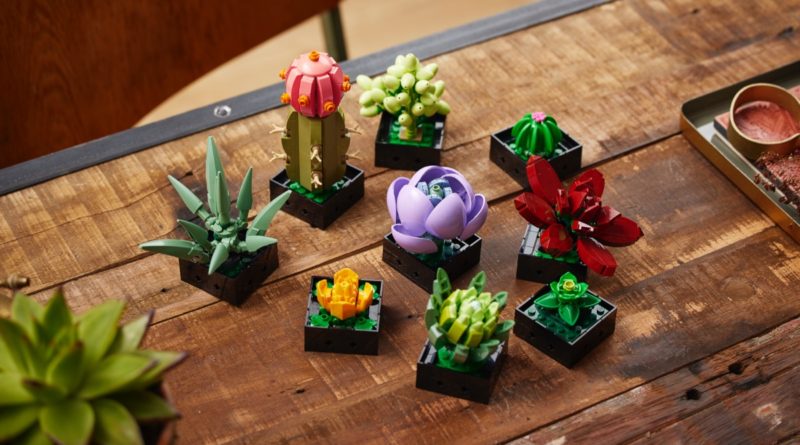 A TikTokker was surprised to find some curious pieces when they opened LEGO Icons 10309 Succulents.

It’s not unusual for the LEGO Group to reuse pieces in other sets when the general shape can be used for something else. That’s why you’ll see a lilac sword used to create part of the flower in 10289 Bird of Paradise or the pink frogs in 10281 Bonsai Tree, for example.

@just.ssyd on TikTok, however, did not expect to find LEGO pistols in her new box for 10309 Succulents. Used to create the right angles for some of the succulent leaves, it left the builder wheezing with laughter.

“Why are there guns in my Succulent set?” they laughed, showing the inclusion of the tiny LEGO pistols in their array of pieces. Quickly, they found another use for the guns that we don’t think is listed in the instruction booklet.

With the base of the guns stuck into the top of two of the brick-built succulents, 10309 suddenly becomes a lot more threatening than was originally intended.

10309 Succulents is available to buy (miniature guns and all) for £44.99, both online via LEGO.com or from official stores.

Support the work that Brick Fanatics does by purchasing your LEGO sets with our affiliate links – thanks!