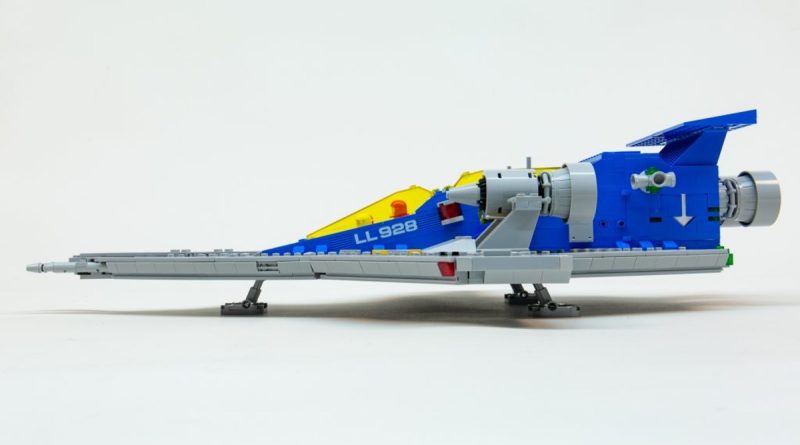 LEGO ICONS 10497 Galaxy Explorer has been available for a couple of weeks now, so how has this ode to Classic Space been received by the wider community?

Needless to say, this is a nostalgic creation and it’s evidently aiming for an audience familiar with the history of Classic Space, or even those who own the 1979 model. It’s gone down very well with us – as you can read in our own review of the 1,254-piece set – so let’s now dive into the reactions and reviews from the wider LEGO community.

Scaling up the original build

LEGO sets have drastically changed over the past 90 years, including the introduction of innovative building techniques, here used to recreate classic elements in more complex ways. In 10497 Galaxy Explorer, the singular loudspeaker element used for thrusters has been replaced by three buckets, held in place with another piece that also houses two green lights.

“As a kid, the 1×1 with three loudspeakers/rockets brick was worth its weight in gold, and it tickles me to no end to see this brick-built version,” said The Brothers Brick. It’s not the only example of interesting part usage in 10497 Galaxy Explorer, as the old arrow design has also been recreated in the 2022 model by wedging a NEXO KNIGHTS shield piece in the wall, cropping it with the panels.

‘No expense has been spared‘

10497 Galaxy Explorer includes no sticker sheets, a point that reviewers in the online community appreciated. Every design on a brick that you see in 10497 Galaxy Explorer is printed, as Brickset notes, demonstrating that the LEGO Group has spared no expense on this 90th-anniversary model.

The absence of stickers in 10497 Galaxy Explorer is sure to be a breath of fresh air compared to the modern portfolio of LEGO sets, and you can take a moment to appreciate not having to stop building and apply a sticker or worry about placing it just right.

The fun and well-designed features

“The ramp is a very interesting design because the tile is simply captured in the mechanism, rather than being attached,” said The Brothers Brick. “A 1×5 Technic plate on the bottom of the tile bumps against the ship’s frame to keep the ramp from extending too far, but otherwise, the tile is completely free-floating.”

This design choice shows how, like the original 497 Galaxy Explorer, 10497 Galaxy Explorer is still designed to be a toy first and foremost – and that means play features, but here adapted with interesting and unusual techniques for an older audience.

‘An absolute must-have for any LEGO Classic Space fan’

“I think the LEGO Group managed to crank the nostalgia hype up to 11 with the two 90th-anniversary sets,” said Racing Brick. “If we add the two alternate versions that we will be able to build with the alternate instructions, I would call it an absolute must-have for any LEGO Classic Space fan.”

Those additional models can be built right now using freely-available instructions, offering an even deeper dive into the well of nostalgia in 10497 Galaxy Explorer. It’s not the only recent LEGO set banking on memories of older fans, though.

“This set comes behind only the nostalgia-loaded 21322 Pirates of Baracuda Bay in making me feel like a kid again,” added The Brothers Brick.

Multiple reviewers across the LEGO community have pointed out the good value on offer in 10497 Galaxy Explorer, even compared to the original model – which would be $130 today when adjusted for inflation.

“For less than the price of [10305 Lion Knights’ Castle] you could buy three copies to build all three craft, and have spare parts left for your own Classic Space creations,” said Brickset.

“Unfortunately, the castle’s price tag might be out of range for a lot of fans, but I think this one for €99.99 or $99.99 is a very decent offer for piece count, playability and display factor,” agreed Racing Brick.

Overall, it seems safe to say that there’s not a lot to criticise in 10497 Galaxy Explorer, which is seemingly the perfect love letter to Classic Space and demonstrates the evolution of LEGO building over the past 90 years.

Don’t forget to check out our own review for an even deeper dive into everything 10497 Galaxy Explorer has to offer.