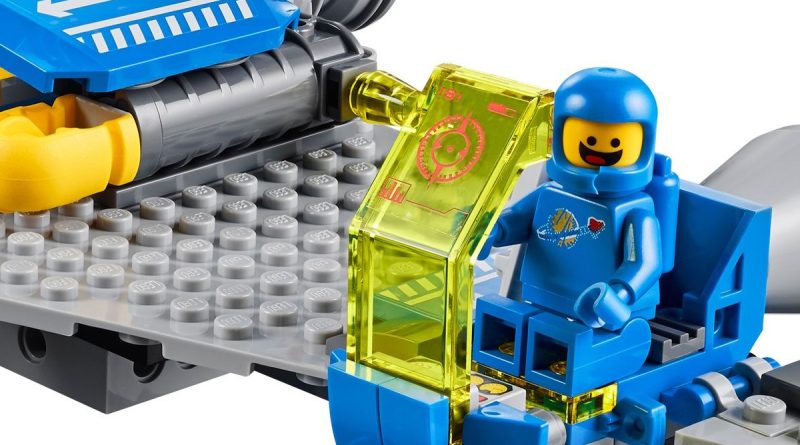 An interview with a pair of LEGO designers has explored the new media (and old ideas) that shaped the design process of 10497 Galaxy Explorer.

10497 Galaxy Explorer is a hotly-anticipated release for the LEGO Group’s 90th anniversary. It’a a modern-day reimagining of 497 Galaxy Explorer, a LEGO Classic Space set released back in 1979. The new version makes several updates to the basic model, whilst preserving the basic form factor.

Now an interview in Metro – with LEGO lead designers Mike Psiaki and Milan Madge –has shone a spotlight on how the set came to be. Ironically, the jumping-off point was a new tribute to the Classic Space theme.

“So with the spaceship, we’ve actually had concepts of this in various… the first concept I built was in 2012, right when I started at the Lego Group, and Benny’s spaceship from The Lego Movie… I saw those big, transparent yellow windscreens,” said Mike Psiaki.

“I was like, ‘Oh man, those are awesome! Benny’s Spaceship is cool, but could we make something that’s a little bit more directly tied to that original set?’”

Given Benny’s spaceship was a great tribute to the Classic Space era, it’s ironic that it has – in turn – inspired a direct re-imagining of an early model. But another concern during the design process was size – and how it’s often out of step with our nostalgic recollections.

“We buy a lot of old Lego sets for fun, just to build, and we would get these sets and build and be like, ‘This isn’t quite what I imagined it would be’ or ‘It’s smaller than I expected’. So there’s this phenomenon of remembering the Lego sets from your childhood as being bigger and more impressive than they actually are,” Mike continued.

“We got this idea in our head, like what if we were to just scale the Galaxy Explorer up so that it felt like it should when you were a kid. And I used my son as reference. At the time we were making it he was six years old and I’m one-and-a-half times his height. So I used him as a scaling factor for the ship.

“We’re not saying, ‘Oh, we’re making a better Galaxy Explorer.’ We’re saying we’re making a bigger Galaxy Explorer, which some people might say, ‘Oh, bigger is better’ but we’re not trying to say this is better than the original, we’re paying homage to the original. We’re showing some things that maybe you couldn’t see before when it was smaller.”

It’s undeniable that 10497 Galaxy Explorer is a welcome refinement of the original model. It makes better use of the interior space, it offers greater play value and its shaping is more elegant. It’s interesting to learn that the set we got is (at least in part) a reaction to our own distortions of the past.

If you’d like to walk down this particular memory lane, 10497 Galaxy Explorer is now available for purchase at LEGO.com.