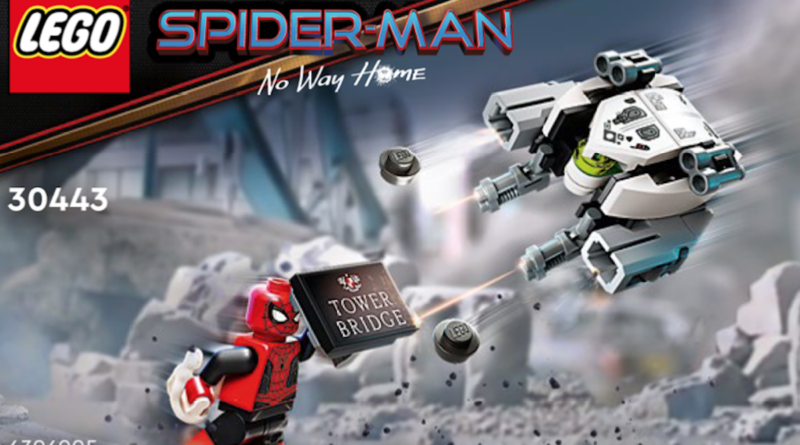 Thanks to the LEGO Building Instructions page, it’s now possible to download a PDF guide for how to make 30443 Spider-Man Bridge Battle. Although it’s yet to be revealed exactly how and when the set will be made available (or for how much), we can at least take a look at how the contents of the polybag is assembled.

Whilst 30443 Spider-Man Bridge Battle is based on the final battle sequence from Spider-Man: Far From Home, with the set’s branding stating as much, the main logo on the polybag is from the sequel, Spider-Man: No Way Home. This matches similar branding on 76184 Spider-Man vs. Mysterio’s Drone Attack, even though neither set directly ties-in with last year’s $1 billion smash hit.

The polybag includes a Spider-Man minifigure, Stark Tech drone and Tower Bridge sign for Spidey to defend himself from twin stud-shooter attacks. We’re looking forward to getting our hands on 30443 Spider-Man Bridge Battle and will update this story as soon as we have any more information on a potential release date and price.