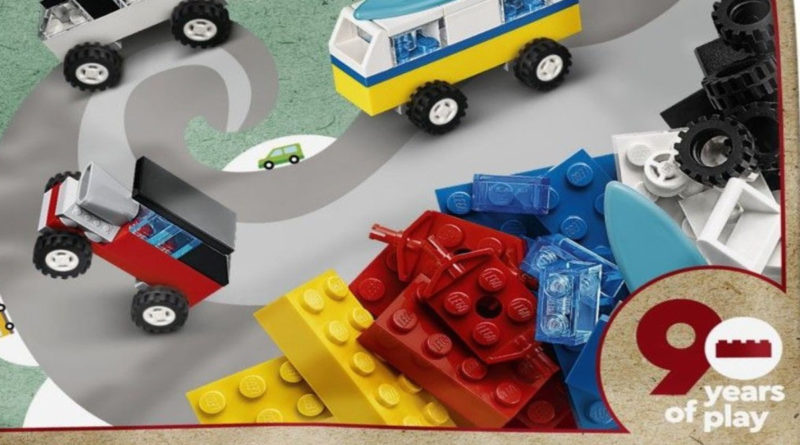 A new review of LEGO 30510 90 Years of Cars has shed some new light on its availability, tarnishing hopes of a wider release in the UK and US.

The LEGO Group has produced several LEGO sets this year in honour of its 90th anniversary. One of the smaller sets in this product collection is 30510 90 Years of Cars – a LEGO Classic set which recreates four LEGO vehicles at a smaller scale. It’s a companion of sorts to 11021 90 Years of Play, another Classic set with a much wider reach.

The set was unveiled by its designer – George Gilliatt – through a tweet back in June, but finding it has proven unusually difficult. It’s never been available for purchase directly from LEGO.com, or been made available as a gift-with purchase through LEGO retail channels. It did appear briefly in the UK as part of events hosted by The Entertainer, and now a new review of the set has given us more details on its availability.

Brickset takes a closer look at the set in an article published earlier today. It’s a set with surprisingly broad appeal, modelling LEGO cars as far back as 1975. While some compromises have been made in the designs, this is still a worthy addition to any LEGO collection.

At least, if you’re a Donald Duck fan. The review states that its appearance has largely been limited to appearances alongside a Donald Duck magazine in certain European countries. The countries aren’t mentioned, but BrickLink product listings for the set are located in the Netherlands, Austria, Germany, Slovenia, France and Denmark – which may give us some clues.

Brickset is holding out hope for a wider release. However, at this stage we suspect it’ll remain one of the LEGO Classic theme’s more elusive products – at least beyond Europe. If you’re interested in picking it up, a handful of UK and US sellers are currently selling it on BrickLink.

If you’d like a retro set that’s a little easier to find, 11021 90 Years of Play is currently available from LEGO.com.