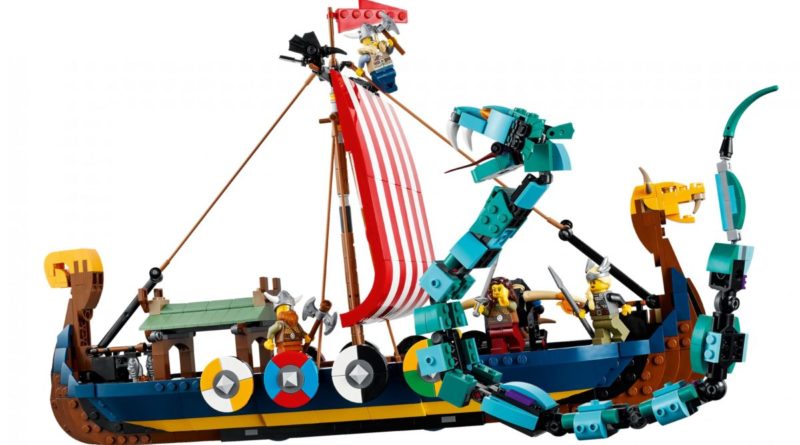 A hotly anticipated new LEGO set in the Creator 3-in-1 line appears to finally be getting stocked in LEGO stores.

Over the last few years, the Creator 3-in-1 range has been giving a second chance to long-dormant LEGO themes. One of these is the Vikings theme – a short-lived yet exciting collection of LEGO sets launched in 2005. 31132 Viking Ship and the Midgard Serpent follows closely in this theme’s footsteps, depicting a Viking longboat, a fearsome sea monster and a rather blocky bovine in its primary build.

However, the set failed to materialise alongside the other new LEGO June releases, with dozens of new LEGO sets appearing this month. Our own investigation suggested that most (if not all) LEGO Stores hadn’t received shipments of the set alongside its fellow newbies. Fortunately, a new stock check confirms that at least some UK stores have it available at this time.

Now may be a very good time to be a LEGO Vikings fan. 76208 The Goat Boat is a new, Viking-inspired entry in the LEGO Marvel line (ironically available at a much cheaper price than its non-licensed counterpart). The LEGO Ideas website has also recently concluded a new fan vote on an upcoming LEGO set, with a Viking village offered as one of the options. The results of this vote will be announced in August 2022.

If you’re interested in buying 31132 Viking Ship and the Midgard Serpent, we suggest heading over to LEGO.com (or checking your local LEGO Store) with all due haste. Bear in mind it’s not out in the US until August, and that – regardless of which region you buy it in – there’s a purchase limit of two copies when purchased here. This means that if you’re hoping to assemble multiple builds, you may have some tough choices to make.