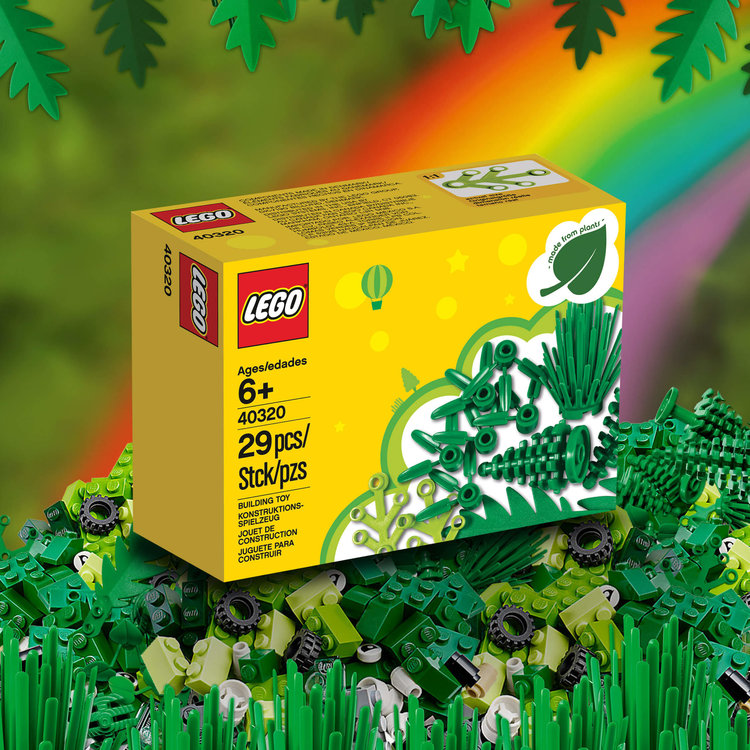 The LEGO Group has announced that 40320 Plants from Plants, the first ever box of sustainably produced pieces, will be free with purchases for fans in the UK, Germany, USA and Canada in August.

As well as the freebie, the LEGO Group will be running a creative build challenge, encouraging fans wo build a sustainability super hero using plant elements. There will be a special website on which to share the creations, as well as build events in the LEGO Store New York, the LEGO Store Berlin and at the Natural History Museum in London.

Appropriately, this first set of elements made from plants is a box of plants. The elements will rotated into other sets as stock of the previous pieces runs out and is replaced. Here is the official statement on the material used:

The plastic used to make the elements is polyethylene, a soft, durable and flexible plastic made from sustainably sourced sugarcane, in accordance with guidance from the Bioplastic Feedstock Alliance (BFA) and third party certified global standards. The new elements are technically identical to existing LEGO botanical elements and have been tested to ensure the sustainably sourced plant-based plastic meets the high standards for quality and safety that the LEGO Group has, and consumers expect from LEGO products.