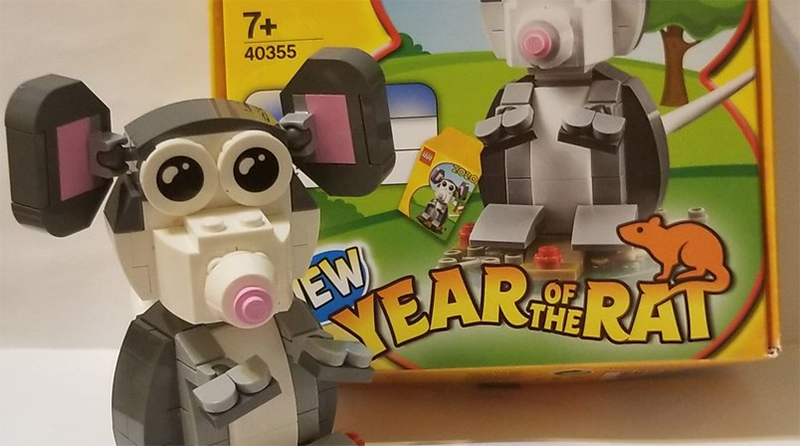 2020 will be the Year of the Rat, with the LEGO Group releasing 40355 as a special commemorative set.

Each year, the LEGO Group releases a set to focus on that year’s lunar animal – now, 2020’s 40355 Year of the Rat has been shared online courtesy of Brickset. Typically, this sets come in an easy-to-open box with a red envelope for gifting money, as is tradition during Chinese New Year. Last year the set was 41086 Year of the Pig.

Using a relatively small number of pieces, the set builds a cute and appealing rat, with big eyes and brick-built ears contributing to the adorable look.

Typically the sets are priced around the £10 mark when sold, but are more usually made available as part of a gift with purchase promotion.

Two new sets were recently announced to celebrate Chinese New Year, with with 80105 Chinese New Year Temple Fair and 80104 Lion Dance due for release on December 26. The sets follow 80101 Chinese New Year’s Eve Dinner and 80102 Dragon Dance, which were released earlier this year. It is all part of a strategy to appeal to the Chinese market.