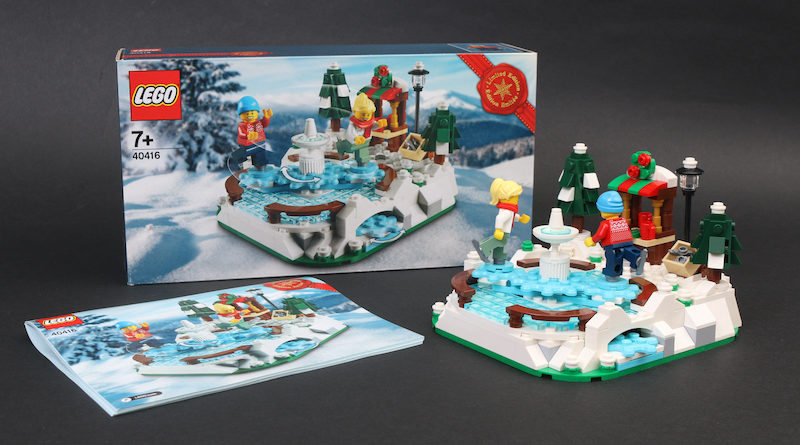 LEGO 40416 Ice Skating Rink is once again available as a gift-with-purchase at the online store, replacing LEGO Ideas 40448 Vintage Car.

The fan-designed model disappeared from LEGO.com earlier this week, with all mention of the offer subsequently removed from the site. It’s the second January 2021 gift-with-purchase to sell out just days into its planned launch window, following in the footsteps of LEGO Harry Potter 30628 The Monster Book of Monsters.

That left no incentive for LEGO fans to order their new 2021 sets directly from the official online store (beyond VIP points) – until now. While both 40448 Vintage Car and 30628 The Monster Book of Monsters were clearly sorely underproduced, it seems there’s more than enough of December’s gift-with-purchase, 40416 Ice Skating Rink, to go around.

Fortunately, that £150 / $150 spend isn’t limited to a single theme, so you can fill your boots with a wide variety of sets to reach it. And there’s plenty of new stuff to dig into, from themes including Art, Star Wars, CITY, NINJAGO and Technic. For a full list of all the new LEGO sets that have just arrived online, click here.