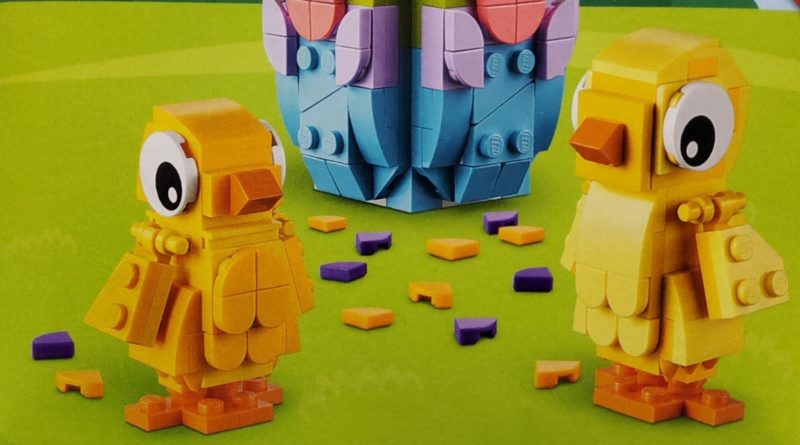 The previously-revealed 40527 Easter Chicks GWP has appeared on the LEGO instructions database, indicating that it could be available soon.

Earlier in the month, a LEGO Certified Store in Australia was apparently discovered to be selling an Easter GWP with a picture later sent published online by Brickset. At the time, the availability of 40527 had not been officially confirmed.

Much of the gift-with-purchases that have been available on the official online LEGO store in the past have received listings, noting them as free items but letting them be automatically added to qualifying orders and baskets to show up on receipts. This update to the instructions database could indicate that 40527 Easter Chicks will see the same fate.

Note that the LEGO Group has not officially announced when 40527 Easter Chicks will be given away, provided it will be at all. For now, we can at least attach a name to the set image and await further details of availability and price thresholds.

Anyone looking for a LEGO deal in the meantime can find four free builds available in the UK, and Super Mario purchases over £120 will get you all while stocks last, or until the individual offer periods end.