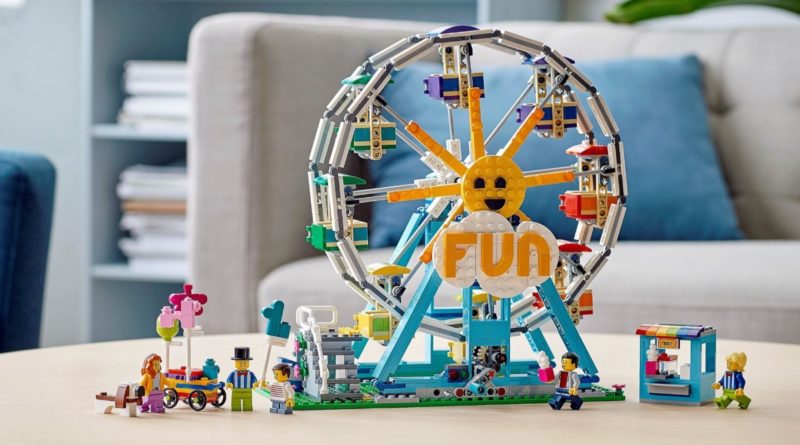 Note that the set in the featured image is 31119 Ferris Wheel, and should not be confused for an unrevealed model. Instagram user brick_clicker – whose track record includes a report for 76956 T. rex Breakout – has just added to their Instagram a rumour which states that a new amusement park model is on the way and is likely to be revealed later today.

The rumour mentions that 40529 Children’s Amusement Park Set could include 170 pieces. A comment from the user clarifies that this is not a promo set, meaning it might be similar to 40518 High-Speed Train or 40517 Vespa rather than 40528 LEGO Brand Retail Store, which is the closest model in terms of its set number.

The user believes that a reveal for this set is most likely coming later today, April 10. We’ll have to wait and see if such a model arrives on the official online store, the LEGO Group’s social media or otherwise.

A listing for this set has been uploaded to the LEGO.com instructions database, though not with any information about a piece count. Still, this backs up the rumour and confirms that some kind of model named 40529 Children’s amusement Park is on the way.