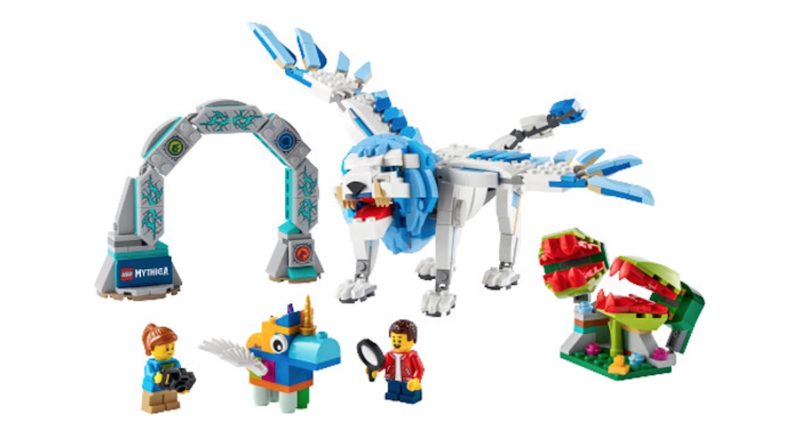 Following recent rumours, the next LEGOLAND exclusive set has been revealed in the shape of 40556 Mythica, based on the park’s new attraction.

Thanks once again to the Building Instructions portal, we’ve now been given our first look at the next LEGOLAND exclusive set. This year’s annual model will be based on the brand-new MYTHICA attraction at LEGOLAND Windsor which opened in 2021 and features a world of mythical creatures, rides and a walkthrough experience.

A recent listing on LEGO.com revealed that 40556 Mythica would be arriving in 2022 and now the first image of the set has been added to the site’s database. From what we can see, the set will include brick-built models of both the Sky Lion and Venus Flytraps, as well as the portal to MYTHICA that appears in LEGOLAND Windsor.

In addition, 40556 Mythica also comes with two minifigures, one holding a camera and the other a magnifying glass. There’s also a small Alicorn model to build, representing the creature that can be found at the enchanted waterfall in MYTHICA.

As with previous sets, 40556 Mythica will be sold exclusively at LEGOLAND, LEGOLAND Discovery and LEGO Discovery Centres, so you’ll need to plan a trip to those locations to pick it up. Last year’s annual LEGOLAND model was 40473 Water Park, which featured slides and pools, plus four minifigures and a baby.

There’s no word yet on a release date, price or piece count for the set, but we’ll follow up on 40556 Mythica as soon as we have more information.