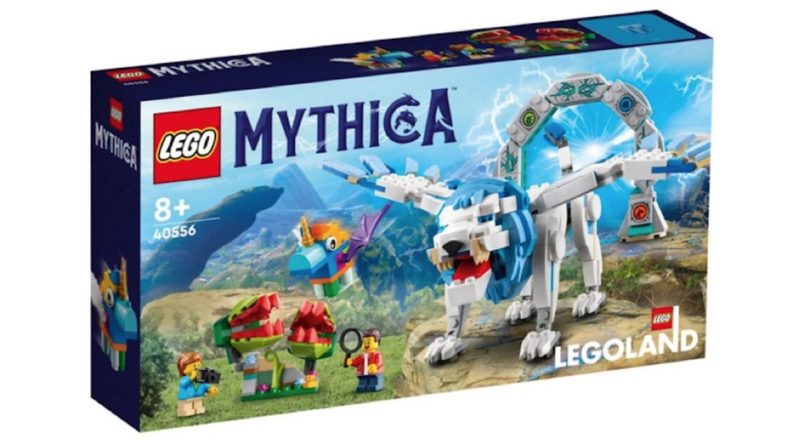 LEGOLAND Windsor is celebrating the first birthday of its most recent attraction with the exclusive 40556 MYTHICA set.

LEGO MYTHICA: World of Mythical Creatures launched in 2021 at LEGOLAND Windsor, offering visitors of all ages the chance to step into an amazing fantasy land. The attraction features new rides, magical creatures, Create Creation experience and much more.

To celebrate the first birthday of LEGO MYTHICA: World of Mythical Creatures, an exclusive set has launched that’s currently only available from LEGOLAND parks and LEGO Discovery Centres. 40556 MYTHICA includes 520 pieces, allowing creators to build a 10 cm tall model of Maximus the Sky Lion with posable wings, mouth and head, plus the LEGO MYTHICA portal and Venus flytrap foe.

Also included in the set are two children explorer minifigures with accessories and Bobs the Alicorn, a colourful character that has previously appeared in 10401 Rainbow Fun, a 60 Years of the LEGO brick set released in 2018. As with previous sets, 40556 MYTHICA is only available from LEGOLAND Windsor, other LEGOLAND parks and LEGO Discovery Centres.

40556 MYTHICA can be purchased now from those locations and the LEGO Group has confirmed that the set retails for £44.99. There’s no word yet on whether or not the set will ever be made available via LEGO Stores or from LEGO.com, but it’s unlikely considering its exclusivity and close ties to LEGOLAND Windsor.