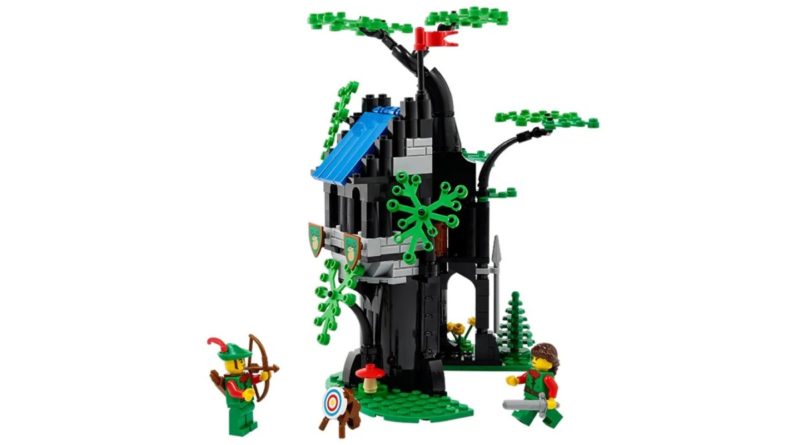 40567 Forest Hideout – a LEGO set from an expired promotion – has reappeared on a recent order receipt.

The LEGO Group is 90 years old tomorrow, and it’s released a number of different commemorative sets in the run up to that occasion. One of the smaller models is 40567 Forest Hideout – a modern-day reimagining of 6054 Forestmen’s Hideout. This LEGO Castle set was first released in 1988, and its modern version is a fine addition to any LEGO Castle collection.

The set has only officially been available at LEGO.com as a promotional item. It’s been bundled with orders at the site over two stretches of time; the first was from June 15 to June 22 this year, while the second was from August 1 to August 14. However, as we reported at the time, the set sold out worldwide on August 6 instead.

40567 Forest Hideout has proven a little elusive for LEGO fans. Upon its initial release in June, several LEGO fans on Brickset reported the set was absent from their baskets – despite adding enough LEGO sets to qualify for it. The set later appeared in emails confirming the order had been placed. But given the popularity of promotional sets like this (and the high chance of it selling out) it was a frustrating time for everyone involved.

Now it seems we have the opposite problem: the set appearing in orders when the promotion has apparently expired. We’re certainly not going to complain about a free LEGO set. But it’s annoying that the site isn’t clearer about when the set is available.

We’re not sure if the set’s appearance here is a fluke, but if you missed out on the set before now you might want to roll those dice. In any case, there’s a few different incentives to make an order on LEGO.com at the moment.

If you’d just prefer to grab a new LEGO release, 10305 Lion Knights’ Castle may be just what you’re after. Its price tag of £344.99 / $399.99 / €399.99 makes it a tough purchase to justify (as our recent critics’ review made clear). But if there’s the possibility of a free promotional item, that might be enough to sweeten the deal for you.