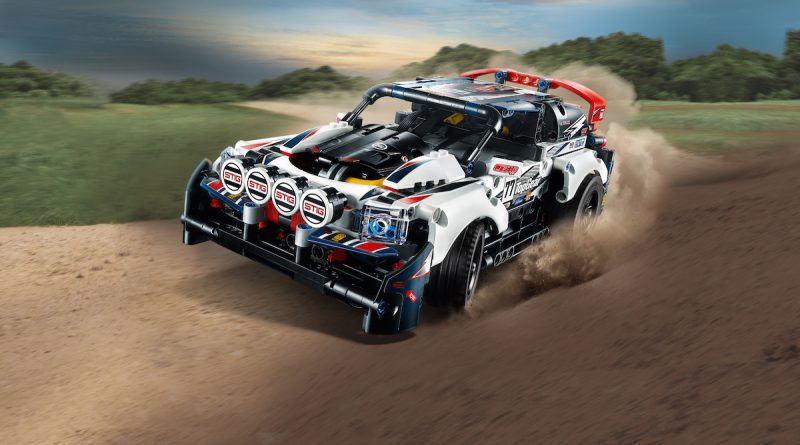 At the time of publication, the latest John Lewis LEGO stock shows the retailer only has two copies of 42109 App-Controlled Top Gear Rally Car remaining on its website. Now retired at LEGO.com, this could be your last chance to grab this model before it vanishes from all third-party retailers.

Down to only the last couple of copies, there’s no discount on 42109 App-Controlled Top Gear Rally Car now. However, there’s still plenty of value to be found with this set. It’s a great model for the RRP of £124.99, especially given it’s now driven off into the sunset.

There’s more though. If you buy your LEGO with an eye on the future, there could be value in the aftermarket once all of the major retailers run out of stock. Perhaps you like to buy and sell LEGO with an eye on making a profit, although we don’t like to encourage the kind of ruthless scalping that’s unfortunately become more common in recent years.

Back to the model itself, 42109 App-Controlled Top Gear Rally Car packs a lot into its 463-piece form. Inspired by Top Gear’s iconic driver, The Stig, the set is brimming with authentic details including plenty of Stig and Top Gear branding.

Measuring 26cm long, 14cm wide and 10cm tall, building 42109 App-Controlled Top Gear Rally Car is only the start. Great for motorsport and Technic fans alike, make sure you download the CONTROL+ app to use your smartphone to steer your model while also revealing a whole host of extra functions.

Given there’s only a couple of copies left, don’t hang around with this set if you have any interest in adding it to your collection before it’s too late. To give you a little added persuasion, John Lewis offers free delivery on orders over £50.

Thank you for supporting our work here at Brick Fanatics by purchasing your LEGO via our affiliate links.