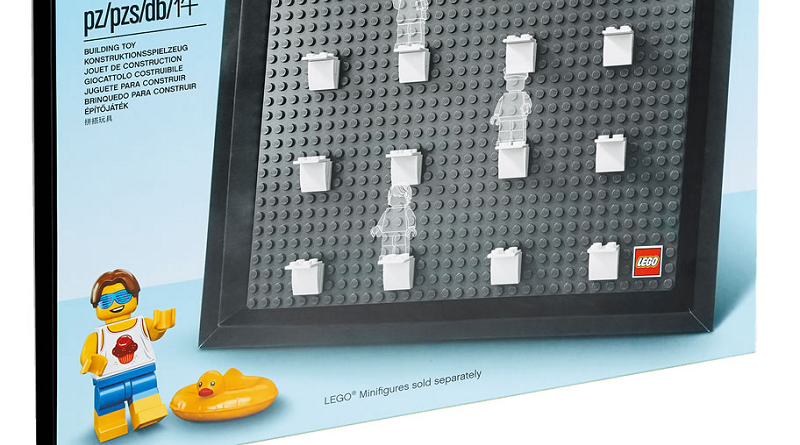 Clear images of LEGO 5005359 Minifigure Collector Frame are available now, revealing what the promotional item will look like.

Later this month, LEGO 5005359 Minifigure Collector will be a free promotional item at shop.LEGO.com. Zusammengebaut has shared clear, official images of the set that comes with an exclusive minifigure. It is in a similar style to the previously released The LEGO Batman Movie and Marvel Super Heroes versions.

From October 15, fans will be able to get the set for free with purchases of £55 ($75) or more. Until then, collectors can opt for the 40300 Han Solo Mudtrooper gift with purchase instead, online only. Collectors need to spend £30 ($35) at shop.LEGO.com to qualify, before supplies run out or the promotion ends on October 31.

Packed in with the frame, that is built from a baseplate and bricks, the exclusive minifigure sports a cupcake emblazoned vest top and a rubber ring based on The LEGO Batman Movie Collectible Minifigures accessory mould, making the little character ready for a day at the beach. It may not be seasonal, but it is certainly unique.

The LEGO 5005359 Minifigure Collector Frame promotion will kick off on October 15 and run until the end of the month.

LEGO minifigures and accessories are available now from shop.LEGO.com.