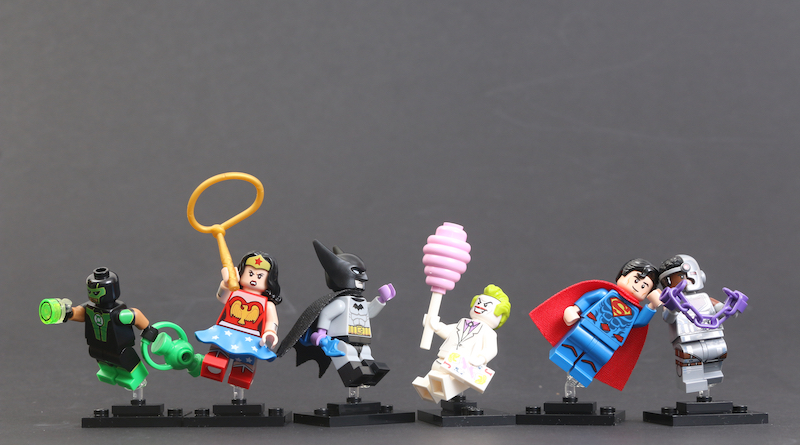 LEGO 71026 DC Super Heroes Collectible Minifigures offers up familiar heroes and villains in unfamiliar ways – but are they too weird to be wonderful?

71026 DC Super Heroes Collectible Minifigures takes inspiration from first ever comic book appearances to present give DC Comics’ best known heroes a new look in LEGO, and lines them up alongside a host of new characters to be made into minifigure form.

Perhaps most novel about this Collectible Minifigure series, though, is not any of the 16 minifigures to collect, but the introduction of a new trans-clear element which, when combined in this specific instance with a jumper plate, allows for a variety of action poses for each minifigure.

The element is provided with each minifigure and in a few cases comes with a spare too. This could so easily have been a gimmick, but actually works very well for both what it’s intended for and indeed for plenty of other build possibilities down the line…

Focusing on the minifigures themselves, it is clear that for die hard comic book fans, this collection of 16 minifigures represents a treasure trove of classic heroes and villains, as well as new-to-LEGO characters, thanks to the LEGO Group having well and truly trawled through the DC archives in an attempt to offer up something unique.

It’s fair to say that they have, and, seven-and-a-bit years and approximately 100 sets into DC Super Heroes as a LEGO theme, that’s genuinely an accomplishment. LEGO minifigure regulars Batman, Superman, Aquaman, Joker, Green Lantern, Wonder Woman and Flash are all in this series, but all in new outfits picked out from across DC Comics’ 85-year history.

Batman is in the guise of his 1939 Detective Comics #27 appearance just as Wonder Woman takes inspiration from her skirted apparel in 1941’s comic book debut, and the Jay Garrick Flash’s 1940 first appearance shapes his minifigure. Superman takes on his 2016 Rebirth look whilst Cyborg is kitted out from 1982’s Tales of the New Teen Titans, and 1995’s Aquaman #9 provides the backstory and appearance for the Harpoon Handed Aquaman minifigure. Meanwhile, one of Joker’s most sinister comic book appearances is paid homage to in this series, with his white-suited outfit from 1986’s The Dark Knight Returns.

Names both big and new are expertly detailed in LEGO minifigure form in a series that is pertinent for how it recaptures the extra fine attention to detail that Collectible Minifigures had become known for, but that they had arguably slipped away from in recent previous series.

The quality is certainly in this series, as are some of the big names. It’s whether the appeal for owning these versions of those big names, and the new characters, in LEGO form outweighs the general knowledge most of us will have about them.

For instance, do you know Stargirl’s abilities (or that she has a TV series coming in 2020)? Do you know why the Jay Garrick Flash’s helmet looks like that, or how Aquaman came to have a harpoon for a hand? Does it matter when collecting their LEGO versions?

There are certainly interesting characters and backstories within this Collectible Minifigure series, but, with most of us not knowing about these heading into the supermarket or LEGO store to feel through the bags, it’ll be interesting to see where we are a few months from now. The Harry Potter minifigure line perhaps suffered from too deep of a dive into the character catalogue, so how will this series fare?

Ultimately, 71026 DC Super Heroes Collectible Minifigures is a series to be enjoyed, be that for its contents, the new trans-clear piece alone (it really is rather good) or for the simple fact that this sort of risk can be and is taken by the LEGO Group in 2019. This is the golden age of LEGO, where we continue to venture into unexpected territory with each passing month. Not interested in this series at all? There’s plenty more very different LEGO just around the corner. We’ve never had it so good. 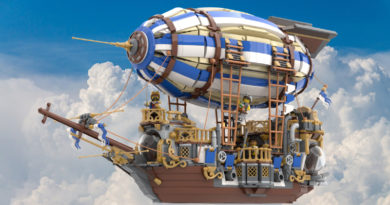 The next LEGO Ideas review round continues to grow as a steampunk airship sails to 10,000 . . .

END_OF_DOCUMENT_TOKEN_TO_BE_REPLACED 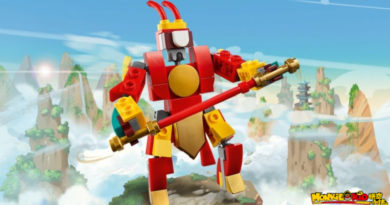 An interesting offer is currently live down under in Australia, with the official online LEGO store . . .

END_OF_DOCUMENT_TOKEN_TO_BE_REPLACED 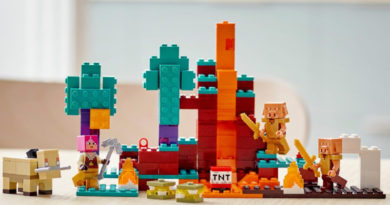 LEGO Minecraft is visiting some of the game’s most recent updates and side projects in a . . .

END_OF_DOCUMENT_TOKEN_TO_BE_REPLACED 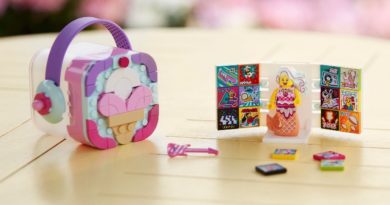 Amazon UK has slashed the prices of LEGO VIDIYO’s BeatBoxes by 33% on their very first . . .

END_OF_DOCUMENT_TOKEN_TO_BE_REPLACED

The LEGO Ideas platform is looking for aspiring inventors in its latest build activity. Is there . . .

END_OF_DOCUMENT_TOKEN_TO_BE_REPLACED 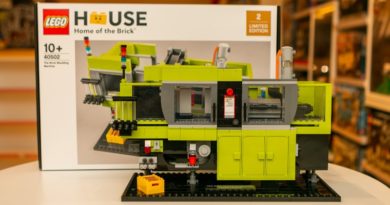 The LEGO Group has officially unveiled its next LEGO House-exclusive set, 40502 The Brick Moulding Machine. . . .

END_OF_DOCUMENT_TOKEN_TO_BE_REPLACED

The LEGO Group’s replacement piece service may have inadvertently revealed the next exclusive set from the . . .

END_OF_DOCUMENT_TOKEN_TO_BE_REPLACED 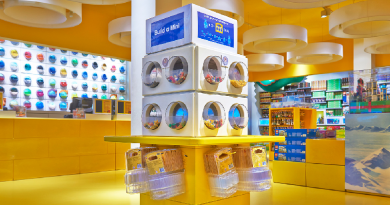 A LEGO Store in Germany has reopened for visitors – but you’ll need to book an . . .