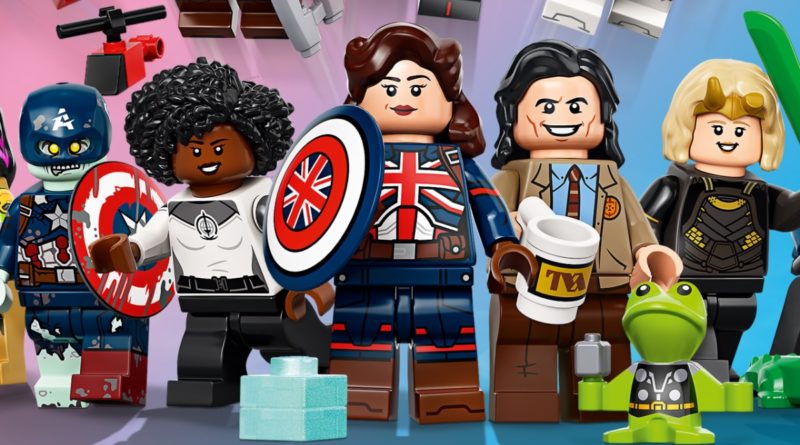 One of the minifigures in the first LEGO Marvel Collectible Minifigures series may be inspired by two shows judging by the latest What If…? episode.

The Winter Soldier is one of 12 minifigures included in 71031 Marvel Studios and forms a pair of characters taken from The Falcon and The Winter Soldier. However, the shield-wielding hero may actually be inspired by a second show in the Marvel Cinematic Universe thanks to the included iconic accessory.

We’re about to dive into spoilers for the fifth episode of What If…? so feel free to watch it before reading any further.

Bucky Barnes can be seen in 71031 Marvel Studios with Captain America’s shield, despite how little he used it in The Falcon and The Winter Soldier.

The brick, which was included three other times in the series – once with the same design – admittedly only made sense to be included with Bucky thanks to his affiliation with Steve Rogers.

However, the latest episode of What If…?, which featured undead characters such as Zombie Captain America – who is represented as a minifigure for the episode alongside Zombie Hunter Spidey – saw The Winter Soldier take down his old friend and permanently wield the shield against the undead horde.

This alternate version of the character may be what inspired the LEGO designers to include Captain America’s icon with The Winter Soldier’s new minifigure as a small reference to the episode. Of course, it could also be that they had no idea what would happen in What If…? beyond the characters.

No matter what you choose to believe regarding Bucky and the shield, 71031 Marvel Studios is now available with 12 minifigures to collect based on shows also including WandaVision and Loki. For more on The Winter Soldier, we’ve got an article to help you get to know him as well as a full review of the first series of LEGO Marvel minifigures.