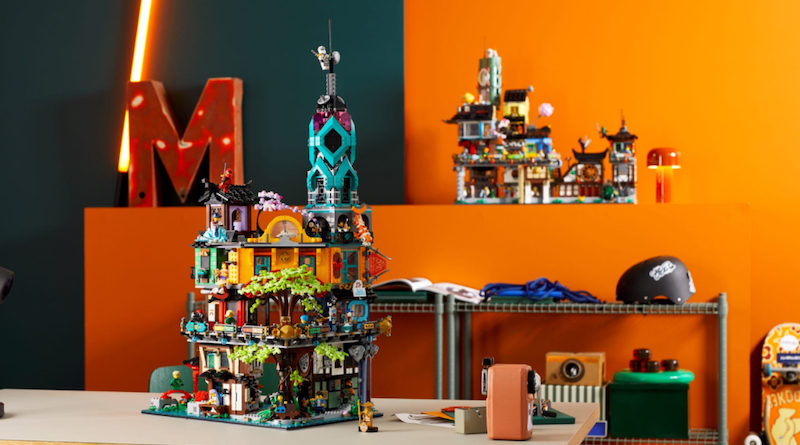 LEGO NINJAGO is now 10 years old and to celebrate, the LEGO Group has made its anniversary NINJAGO City expansion set available for VIP members.

Non-NINJAGO fans may still enjoy the futuristic feel of the set, with a skyscraper tower pointing out the top of the model and eastern-inspired decorations dotted throughout the build. And what better time for it to release than on the 10th-anniversary date of the NINJAGO TV show.

As the largest NINJAGO City set to date, the model will no doubt be popular among NINJAGO fans when it releases to everyone February 1. Those without VIP membership can pass the time by browsing Brick Fanatics‘ gallery of images, full press release for the set and selection of features on NINJAGO’s 10-year anniversary.

LEGO fans picking up the set today can also take advantage of a free Ice Skating Rink model with orders over £150 and 2200 VIP points back, equal to more than £10 in points to spend on other purchases.