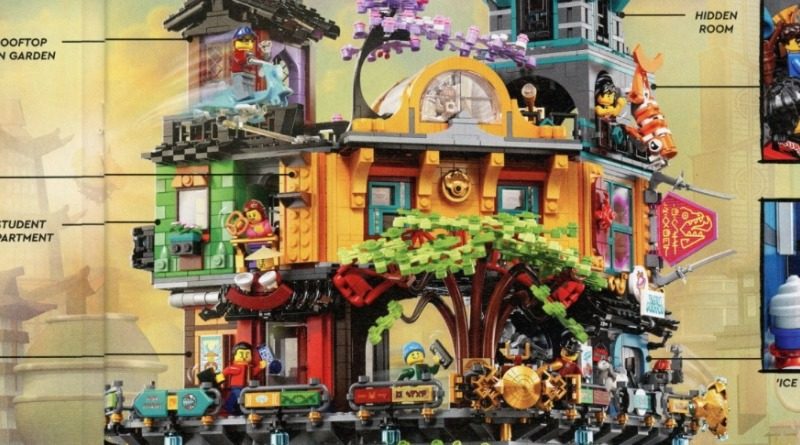 The UK price for LEGO 71741 NINJAGO City Gardens has been revealed in the January 2021 catalogue.

The January 2021 catalogue has arrived at this writer, revealing the UK price for the highly-anticipated 71741 NINJAGO City Gardens, following the reveal of the US and Canadian prices.

The UK January 2021 catalogue reveals that the 10th-anniversary set, which acts as an expansion to 70620 NINJAGO City will cost £274.99 in the UK, which joins the previously revealed prices of $299.99 in the US and $399.99 in Canada. The new model appears to be full of references to the TV series for fans to recognise, including 10 things we found.

This price is just £5 more than Brick Fanatics’ predicted £269.99 but is still excellent value for an enormous set with 20 minifigures and 5,685 pieces. The set still seems due for release for VIP members on January 14, 10 years since LEGO NINJAGO started.

A new range of NINJAGO Legacy sets have already released for 2021, including reimagined versions of past sets and a new collection of gold Legacy minifigures. One of the new sets is also offering double VIP points. There may also be a new clothing range targeted towards an older audience according to UK brand HYPE’s website.