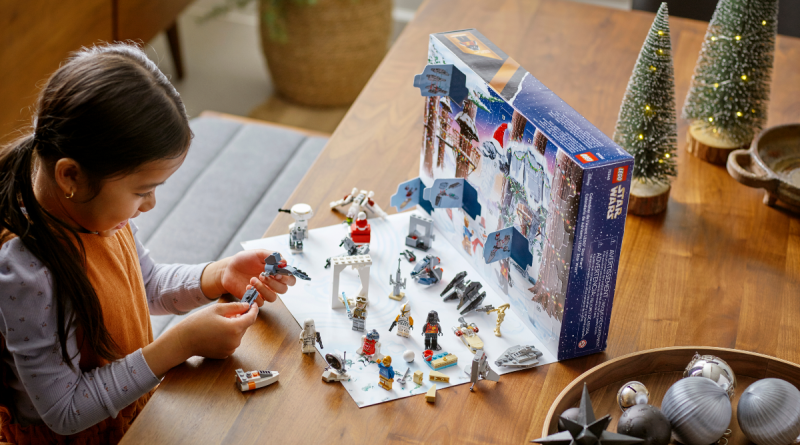 The LEGO Group has unveiled this year’s festive offering from a galaxy far, far away in 75340 Star Wars Advent Calendar.

If you’re hoping to go into this year’s advent calendar blind, best to look away now: the LEGO Group has revealed the entire contents of the seasonal set, from its exclusive minifigures to its mini-builds. In the interests of avoiding spoilers, all you need to know at this stage is that it will launch September 1 for £29.99 / $44.99 / €34.99 (a £5 / $5 / €5 increase on previous calendars). The rest of this story will now dive into everything included behind 75340 Star Wars Advent Calendar’s 24 doors…

The latest LEGO Star Wars advent calendar includes three exclusive minifigures – one of which has already been revealed at Star Wars Celebration – and seven minifigures in total. Those are Darth Vader in a summer outfit, reflecting the character’s design in this month’s LEGO Star Wars Summer Vacation Disney+ special; R2-D2 and C-3PO in Christmas jumpers; Luke Skywalker (Hoth); a Snowtrooper; a Clone Trooper Commander; and a Battle Droid.

You’ll also find a fourth seasonal character, and an eighth character total, in a buildable Gonk Droid (but you can’t really call that a minifigure, per se). The mini-models, meanwhile, span the prequel trilogy, original trilogy and The Bad Batch, with tiny renditions of a Republic Gunship, ARC-170 Starfighter, B-wing, TIE Interceptor, Luke’s Landspeeder, 75314 The Bad Batch Attack Shuttle, a Wampa cave and much more.

There’s a definite Hoth slant to this year’s calendar (which makes sense, as the Star Wars universe’s snowiest – and therefore most festive – planet), which also includes a microscale 75322 Hoth AT-ST, a Hoth defence tower and a laser cannon. It’s all juxtaposed by Vader in his swimming costume and a miniature beach scene, in what’s a relatively small nod to August’s animated special.

You’ll be able to buy 75340 Star Wars Advent Calendar from LEGO.com and in LEGO Stores from September 1, and if last year is anything to go by, it’s likely to sell out quickly.