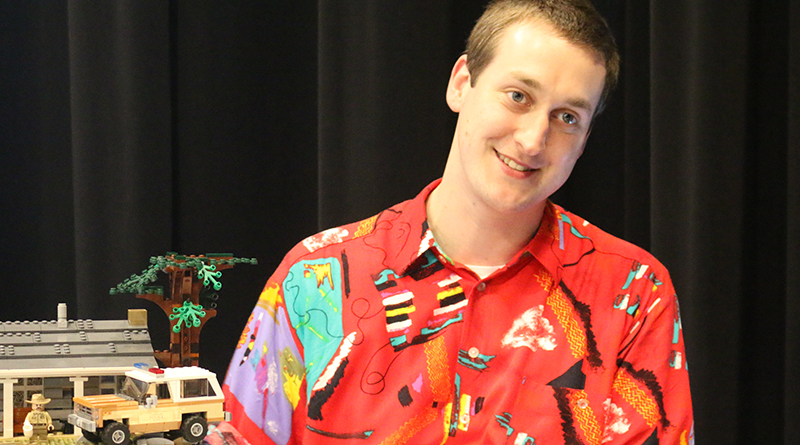 In a recent interview with Brick Fanatics, LEGO Senior Model Designer Justin Ramsden revealed the extent of his Stranger Things fandom. The talented model maker used every bit of his love for the show to make 75180 The Upside Down a set that would appeal to its fans.

Knowing how much Justin likes Stranger Things, Brick Fanatics could not resist but put his knowledge the test. Using a quiz from Pub Quiz Questions HQ, he was quizzed on the series’ lore. What added an extra wrinkle to the challenge was that he avoided using any brand or movie names with no direct LEGO connection…

Brick Fanatics: These are from the internet, we haven’t made these up.

BF: What is the name of Joyce Byers’ ex-husband, father of Will and Jonathan Byers?

J: I should know this because the actor who was in my designer video, he is really good friends with the ex-husband. I am going to say Lonnie.

BF: That is correct, it’s Lonnie.
Which table top role playing game were the children playing when Mike’s mum Karen said they all needed to go home, leading to Will’s disappearance?

J: As it is not LEGO I will reference the set and say ‘Rules’, but it involves certain monsters… jails and monsters.

BF: You can have a point there. Dungeons and Dragons.
What is the name of the fictional town where the show is set?

BF: Which Clash song is played multiple times during the show, as it is said to be one of Will’s favourites?

J: Should I Stay or Should I LEGO?

BF: Yes. Should I Stay or Should I Go?
Which character memorably shouts “Mike! I found the chocolate pudding!”?

J: I want to say Dustin.

BF: Yes.
In episode three of season one, Eleven is switching TV channels and a commercial for which product triggers a flashback to Hawkins Laboratory where she is forced to use her telekenesis abilities?

J: It was the advert for LEGOLAND Town advertising our new Police Chase set.

BF: It was in fact Coca-Cola.

J: Exactly, so I can’t mention it, so it was LEGOLAND Town, I have done media training so I am good at this. [laughs]

BF: Which character memorably said, “mornings are for coffee and contemplation”?

J: Hopper, and that is why he is included with a coffee cup.

BF: During episode one of season one, which TV show is playing whilst Mike’s father attempts to fix the TV aerial?

J: It was an old episode of, I was going to say Galidor but that is probably too futuristic. Just an old LEGO TV show, I don’t know that one.

BF: It was Knight Rider. So maybe it would have to the LEGO City show?

J: There were hints of a future LEGO Dimensions release so we can say that one, still ties into the brand. [laughs]

BF: A poster for which 1982 horror movie hangs in the Wheeler’s basement?

J: In the basement? I want to say The Thing, but I don’t know the LEGO reference we can give it… The Thing, it’s The Thing.

BF: Yep. In episode one of season one, Joyce surprises Will with tickets to see which a 1982 horror film?

BF: No, more glow in the dark than that.

BF: It sort of is – it’s Poltergeist. That’s seven out of ten, that’s a solid score.

Designing LEGO 75810 The Upside Down as a Stranger Things fan