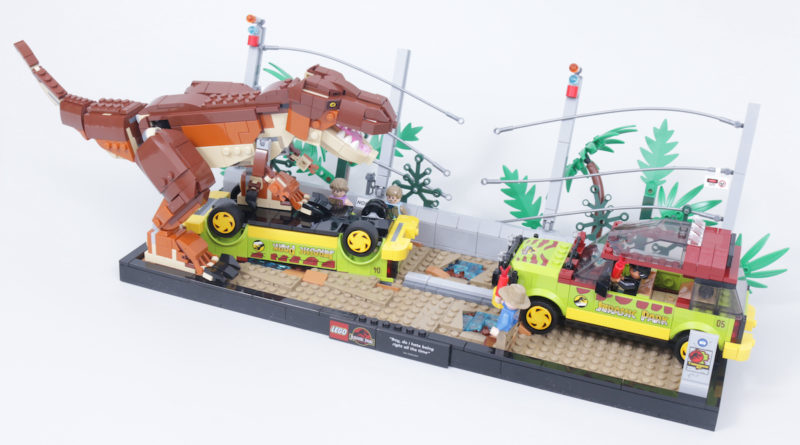 The 1,212-piece Jurassic Park diorama is clearly a fan-favourite, as was the case with the recently-retired 75936 T. rex Rampage. Demand is likely to peak again over the summer with the final instalment of the Jurassic World story hitting cinemas on June 10.

The franchise has developed close ties with the LEGO Group in recent years, and the two collaborated again recently at a publicity shoot for Jurassic World: Dominion – an event that saw Chris Pratt get a little too close to a life-sized LEGO T. rex build.

Although some fans have had to wait a bit longer after missing out when the set was first released, they will be pleased to see that two gift-with-purchase sets are also available from today with qualifying purchases.

76956 T. rex Breakout is currently available to back order in the UK and Europe with a recommended retail price of £89.99 / €99.99. Customers placing orders now can expect to receive their sets by June 3. Check out our detailed review of the set here.

If it’s out of stock again by the time you read this, keep an eye on Brick Fanatics for future updates as we endeavour to stay on top of the LEGO Group’s product availability.