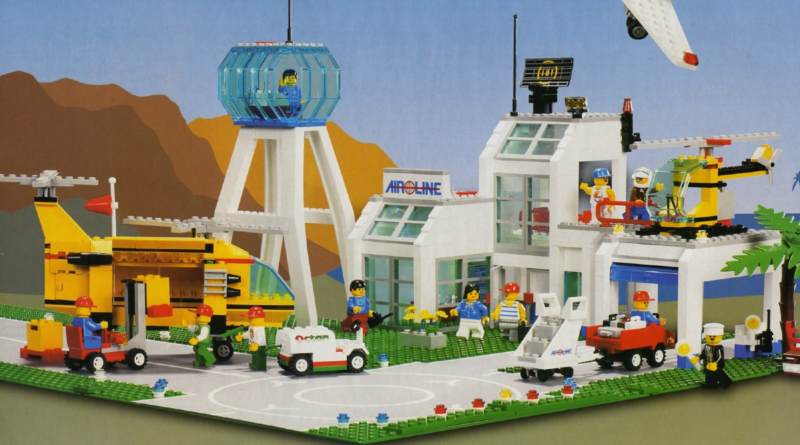 As the release of the latest LEGO 90th anniversary sets approaches, we’re still waiting for a proper tribute to one of LEGO’s oldest themes.

The LEGO Group is celebrating its 90th birthday this year, which naturally means new LEGO sets for us to enjoy. We’ve already got some new sets in the Classic range. 11021 90 Years of Play takes a broad look at LEGO history, with more than a dozen themes referenced.

Of course, the other 90th anniversary sets may be more appealing to older LEGO fans. 10305 Lion Knights’ Castle is a lavish reimagining of early LEGO Castle models, while 10497 Galaxy Explorer recreates a beloved Classic Space model.

However, another theme from this era hasn’t received a major new model yet. We’re referring, of course, to LEGO Town: a forerunner of today’s LEGO CITY line.

The LEGO Town theme launched back in 1978, alongside the modern-day LEGO minifigure design. The Castle and Space themes also date back to this era, reflecting The LEGO Group’s shift towards distinct play themes in its product line.

The choice of subject matter was (reportedly) no accident. Town allowed LEGO fans to create play scenarios in the present, while Castle and Space let them explore the past and future respectively. Over 600 products were released in the Town theme between 1978 and 2004.

As you might expect, the Town theme covered a lot of ground in its lifespan. Early releases included simple LEGO houses and a range of vehicles, as well as other familiar subject matter like fire stations, police stations and medical facilities. However, there were also more unusual models. 1620 Chocolate Factory offered us a small manufacturing facility, complete with a working winch to move cargo around.

Later releases also offered some crossover with contemporary LEGO themes. 1592 Town Square – Castle Scene features some historical re-enactment, with knights, a yellow castle and even a retro-styled minifigure as a statue.

Later sets would branch out into territory like the beach, the Arctic and outer space. A few Town sets even got rereleased long after their initial introduction, with 10041 Main Street and 10159 City Airport coming out in the early ’00s.

So why hasn’t Town been given more of a tribute so far? The obvious answer is that the LEGO CITY range serves the same basic function that Town did back in the day. Indeed, it’s arguably surpassed it as it ventures into more and more diverse areas, with jungle, volcano and savannah environments all recently explored.

The second may be that Castle and Space were far more attractive for this kind of celebration. The glory days of the Castle theme have long since departed, and Classic Space is still very popular amongst LEGO fans of a certain vintage. As such, both themes would make a greater splash than Town would.

This means that LEGO Town may stay largely confined to the history books. But given its influence and its diversity of products, we still hope it’ll receive a direct, substantial tribute in the years ahead.