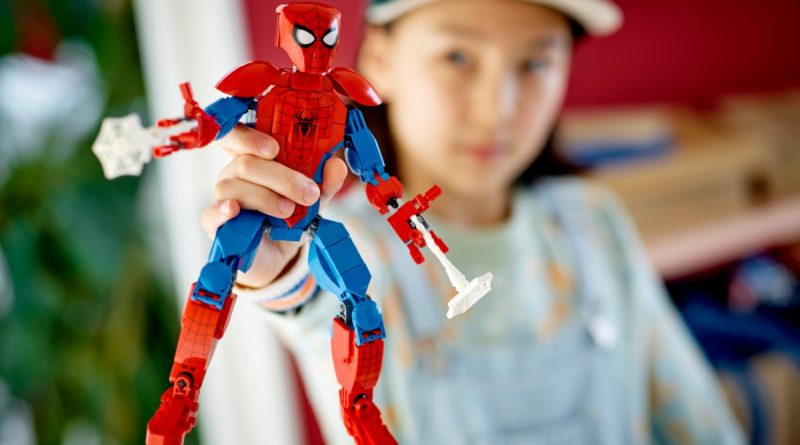 September is around the corner, and that means new LEGO sets are due to arrive on store shelves. The list is relatively short, but there are several sets of interest – including this year’s Advent calendars.

However, an upcoming line of Marvel action figures really stands out from the crowd. 76225 Miles Morales Figure, 76226 Spider-Man Figure and 76230 Venom Figure will all be available on September 1, offering standalone play experiences unlike most LEGO Marvel sets.

Unlike previous ‘constraction’ figures, these models focus on off-the-shelf LEGO elements. This reflects the company’s current design philosophy, and should offer an accessible, flexible building experience.

Large scale action figures like this have appeared on several occasions, both within and without the Marvel line. The most famous example of this idea is BIONICLE, which offered both an assortment of action figure and a deep, complex story. However, the LEGO Marvel line has also dipped its toes in the concept, with 76206 Iron Man Figure offering a recent, brick-built approach.

It seems that these new sets won’t be alone, as some sets with a similar form factor could be joining them. A rumoured list of 2023 LEGO Marvel sets suggests we’re getting four new Marvel mechs inspired by Thanos, the Hulk, Rocket Raccoon and Ghost Rider. Several of these smaller mech sets have appeared in the LEGO Marvel line, taking cues from major characters such as Iron Man, Captain America and Spider-Man.

However, these new mechs could be an opportunity to mix up the form factor a little more. Marvel mechs usually act as an extension of a minifigure’s body; indeed, Thanos has already received such a set in 76141 Thanos Mech. This new set (if it exists) could draw more explicitly from the movies – recreating the Thanos of Avengers: Endgame, for instance.

It’s the other listed mechs that are really interesting here. The Hulk, as a larger character, could have slightly more exaggerated proportions than we’re used to – or build a relatively smaller mech around a bigfig instead. Rocket’s mech, meanwhile, could mix up the form factor with body parts like a raccoon tail – since these mech sets typically incorporate iconic features of their pilots.

The rumoured Ghost Rider Mech even includes Ghost Rider’s bike – suggesting a return to an earlier incarnation of the character. While this is certainly exciting on its own merits, the addition of two models suggests additional play opportunities – or even some inter-model connectivity.

In any case, the 2023 Marvel mechs (if they do exist) suggests that the LEGO action figure has found a way to return. In an era where LEGO is getting more and more expensive, the increasing number of inexpensive, standalone models is unexpected – but very welcome.