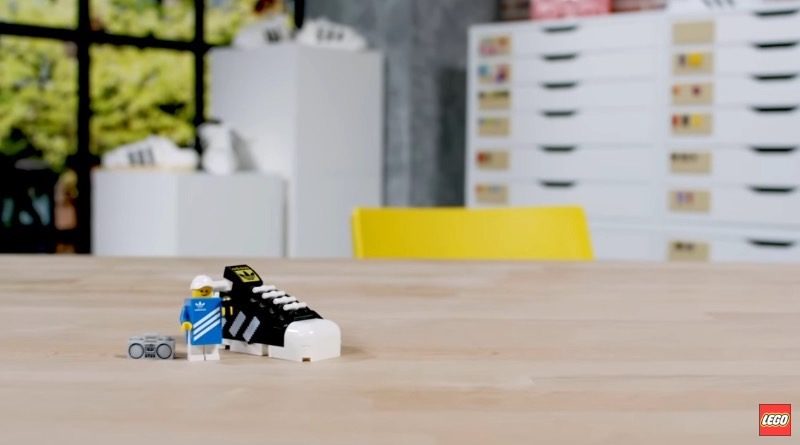 The LEGO Group has revealed a future Adidas-themed gift-with-purchase seemingly ahead of schedule in an official designer video.

Clearly visible throughout the designer video for 10282 Adidas Originals Superstar is a tiny, buildable sneaker with accompanying minifigure, which looks sure to be a gift-with-purchase alongside the full-sized shoe when it launches next month.

Hit play on the video below to take a closer look at the presumed freebie, which inverts the black and white colours of the larger 18+ set (besides its iconic shell toe). It pops up next to designer Florian Müller at timestamps including (but not limited to) 0:25, 0:47, 1:23 and most clearly at 1:42.

We’ll bring you full details on the availability of the smaller Adidas shoe as soon as we can, but it’s fair to assume that you’ll be able to snag it simply by purchasing 10282 Adidas Originals Superstar, which goes on sale July 1 at LEGO.com and in LEGO Stores.

In the meantime, check out our in-depth review of the LEGO for Adults set, and learn more about its design and who it’s intended for from Florian, who spoke to Brick Fanatics at this year’s LEGO Fan Media event.