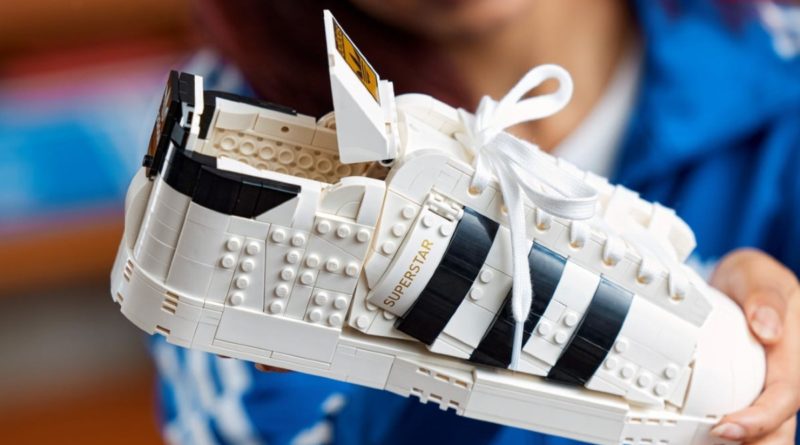 Those wondering how to display 40486 Adidas Originals Superstar might have the answer they’ve been looking for in a custom mech creation.

Thankfully, AprilB on Twitter has an idea that might answer that question. The streamer decided that one way to house 40486 Adidas Originals Superstar and its minifigure next to the bigger model would be to give it a shoebox-shaped mech.

The build uses two of the free set as the feet of the creation, whilst a brick-built replica of an Adidas box forms the body with a pair of hands mimicking the accessories held by the minifigure.

Sitting atop the model is a modified VIDIYO BeatBox – a range of models that will not be available for much longer. The overall shape of the mech resembles that of the minifigure, who is depicted as wearing a shoebox and the colour scheme pairs well with 10282 Adidas Originals Superstar next to it.