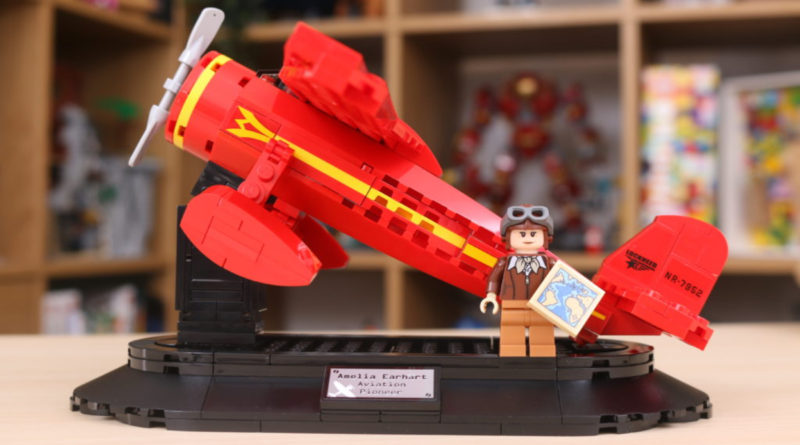 Just as soon as it arrived, the LEGO Amelia Earhart Tribute has left the VIP Rewards Centre as stock runs dry, signalling the likely end of this promotion’s availability.

Unveiled as part of the monthly promotions for VIP members was the return of 40450 Amelia Earhart Tribute as a standalone purchase (redeemable only with 1,500 points) exclusively for VIP members. Unfortunately for those wanting to complete the tribute collection of sets so far, 40450 Amelia Earhart Tribute is now unavailable via the Rewards Centre.

With an exclusive minifigure of the titular historic icon and a recreation of the red Lockheed Vega 5B plane that transported the pioneering pilot on her legendary flight, this promotional set debuted as a gift-with-purchase with orders of £100 / $100 / €100 in March and it seems that the LEGO Group had enough stock remaining to offer it to VIP members.

When navigating to the appropriate section of the official online store, the reward will now appear greyed out but has yet to be removed, a state that few VIP offers return from. We’ll update if it does, but another lot of stock for 40460 Amelia Earhart seems unlikely.

Those with VIP points burning a hole in their pocket can put at least 1,000 of them towards a reward inspired by a retired LEGO set – a travel version of the brick-building Creationary board game. New members to the LEGO VIP Program can also pick up a free minifigure keychain until the end of the year and gain access to exclusive offers such as the previous early access to 40487 Sailboat Adventure.