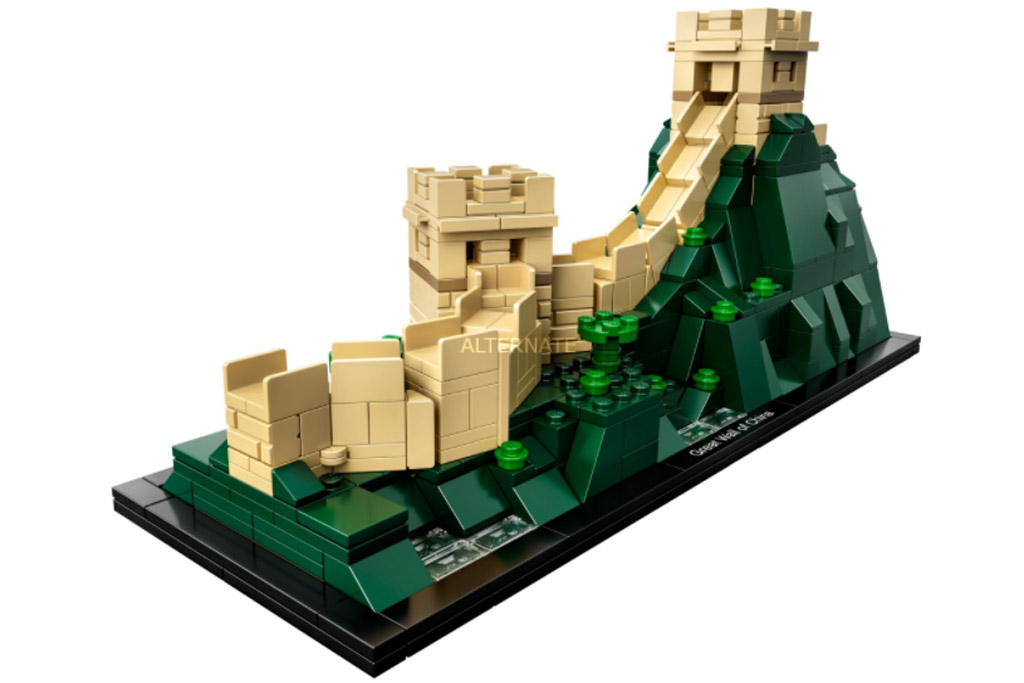 The second of two upcoming LEGO Architecture sets has been revealed, 21041 The Great Wall.

As well as the new 21042 Statue of Liberty, another new [geot exclude_country=”United States”]LEGO Architecture[/geot][geot country=”United States”]LEGO Architecture[/geot]set will launch on June 1. 21041 Great Wall of China will retail for €49.99 and in expensive news can be extended by purchasing multiple copies of the model. Zusammengebaut discovered official set images at the online shop Alternate.

Build an architectural masterpiece from LEGO bricks with the LEGO Architecture set “The Great Wall”. The Great Wall in north China stretches over thousands of kilometers and is the longest man-made structure. Today the Wall is a UNESCO World Heritage Site and a popular tourist destination. It was built somewhere between the 5th Century BC and 16th Century AD, expanded and renovated to protect the northern border of the Chinese Empire. This detailed model represents two towers, which are interconnected by a wall segment that meanders through a dark green mountain landscape with lush valleys, trees and lakes. The set comes with decorative name tags in English and Chinese. Discover the refined construction techniques that allow the wall to drape the landscape and meander over ridges, wind around mountains and hilly terrain. This great showpiece can be extended by combining several models.