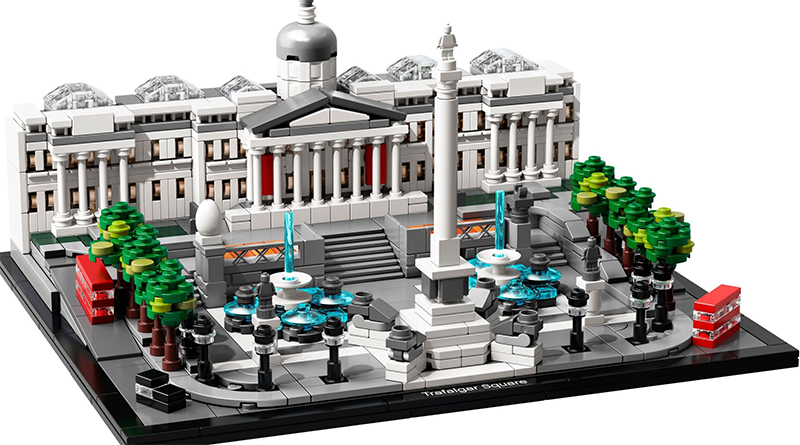 In today’s big LEGO launch, LEGO Architecture 21045 Trafalgar Square has been released at shop.LEGO.com. Recreating the world-renowned London spot, the model includes the National Gallery and Nelson’s Column alond with little touches to ensure it is unmistakable. 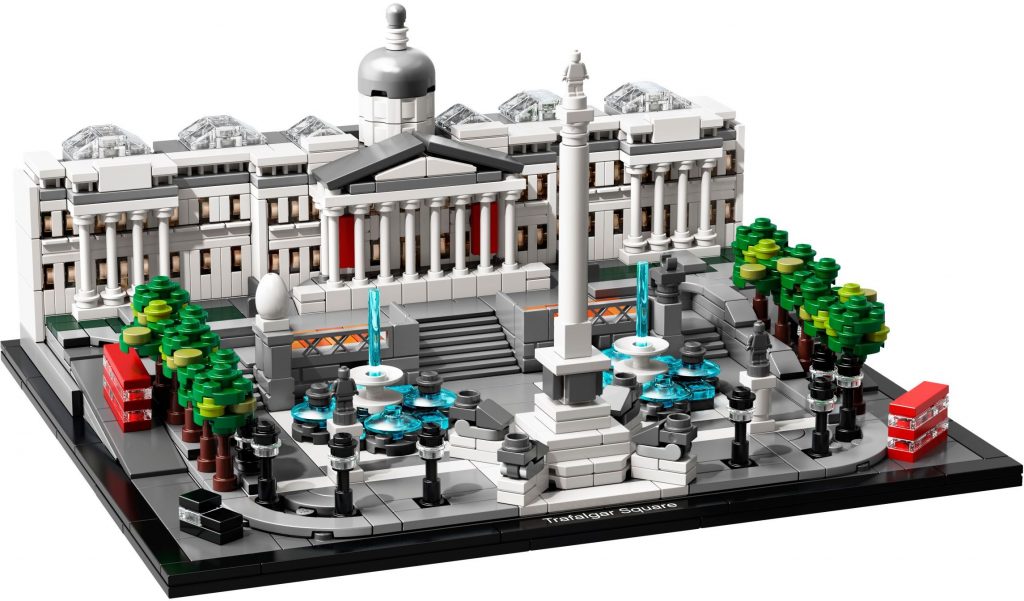 Capture the essence of a historical London landmark with the LEGO Architecture 21045 Trafalgar Square set. Named in honor of Lord Horatio Nelson following his 1805 naval victory over Napoleon, the square has since become a popular tourist attraction and preferred location for political and community gatherings. This detailed LEGO interpretation depicts the domed National Gallery complete with columned facade, Nelson’s Column flanked by four lions, the square’s famous fountains and 4 sculpture plinths.

The sections at the rear of the National Gallery structure can be removed for access to a detailed interior with brick-built statue and paintings. Tree-lined borders, ornate lampposts, 2 London buses, 2 black cabs and a tiled baseplate depicting the square and surrounding roads complete the model. Finished with a decorative nameplate, this collectible building set delivers a highly satisfying building experience to all with an interest in architecture, travel, history and design, and makes a truly iconic centerpiece for the home or office.