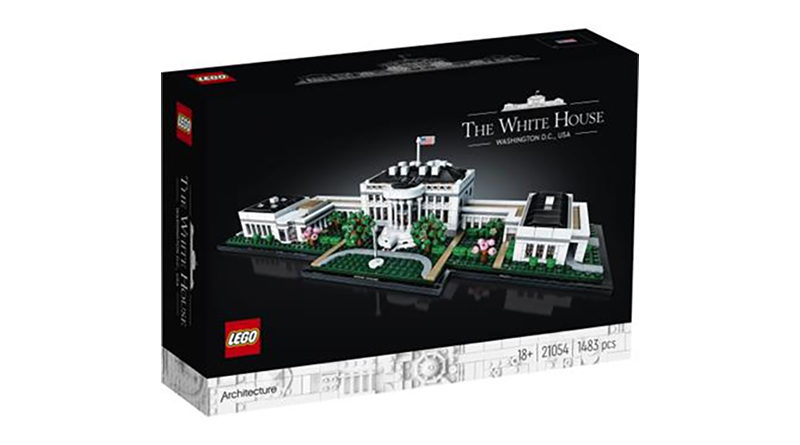 A boxed image of this summer’s new LEGO Architecture set, 21054 The White House, has been published.

Fans can get a look at LEGO Architecture 21054 The White House in a new boxed image, which also reveals the new packaging style for the theme. The model uses 1,483 pieces to build the residence of the President of the United States. It was announced back in January.

This new set is expected to be released on June 1. Although it is marked 18+, such sets were previously marked 16+, so 16 and 17 year olds should be fine with this build.

21006 The White House was the last version of the Washington D.C. icon to be released in the theme, which launched in 2010. This new edition of the US President’s residence and base of operations will be significantly larger.