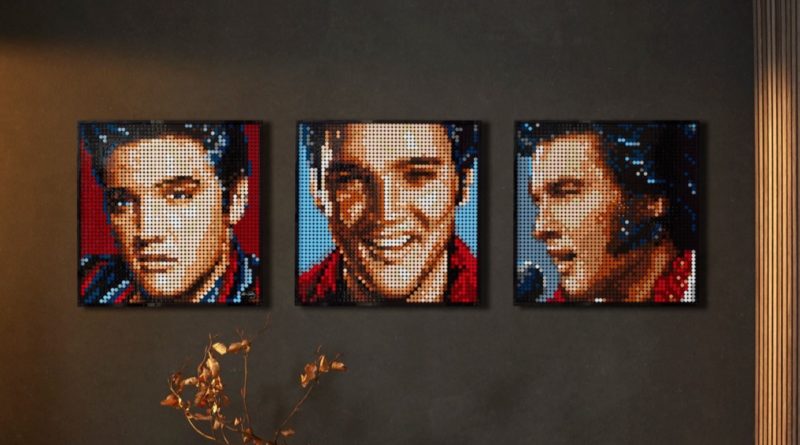 The LEGO Group has published more images of 31204 Elvis Presley “The King”, revealing the supersized artwork achieved by combining three copies of the LEGO Art set.

Like all LEGO Art mosaics before it, 31204 Elvis Presley “The King” includes instructions for three different images with a single copy of the 3,445-piece set. But just as with 31199 Marvel Studios Iron Man, 31200 Star Wars The Sith and 31205 Jim Lee Batman Collection, you can also put together multiple copies to create an even bigger piece of art.

That larger image has now been revealed as a vertical 48×144-stud portrait of Elvis Presley (who else?), stretching beyond the headshots of the individual images to include the King of Rock and Roll’s guitar. You’ll need to spend £314.97 / $359.97 / €359.97 (at retail) to achieve it, though, which means it’s probably only one for the most dedicated of Elvis fans.

As per the rest of the Art range, the LEGO Group is selling 31204 Elvis Presley “The King” as an experience first and foremost, which means it includes a soundtrack to listen to while building. The two-hour audio track will apparently ‘immerse you in unexpected details’, though we’re not sure how the LEGO Group could surprise anyone who already loves Elvis enough to buy this set.