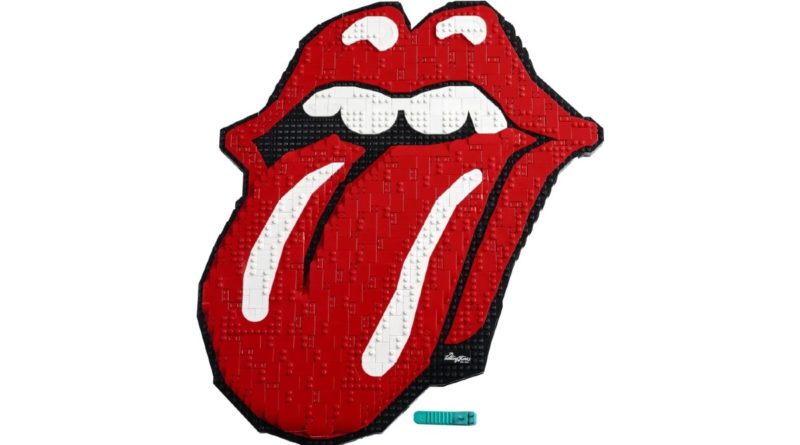 A new LEGO Art set due later this summer has been spotted at a retailer, revealing 31206 The Rolling Stones – a slightly different set for the theme.

German retailer Taschengelddieb has revealed the first image of 31206 Rolling Stone, which presents the logo of the band in bricks, but not as a mosaic. Unlike all other LEGO Art sets, 31206 Rolling Stones is a 2.5D recreation of the icon using plates and expanding beyond the confines that a square mosaic would allow for.

It’s listed as launching on June 1 for €149.99 and comes with a design on one tile presenting the name of the band. Otherwise, it uses a variety of pieces, including ingot elements. It was previously listed at another retailer.

The 2.5D aspect comes from the texturing present on the tongue and the height differences on the logo, giving the model a sense of depth that a mosaic such as the older LEGO art sets wouldn’t have allowed for quite as well.

31206 Rolling Stones uses 1,998 bricks to create the logo, and a full reveal is likely coming soon given the release date. Previous LEGO Art models have featured different designs when combining multiple copies, and we’ll have to see if that continues with this new style of set.