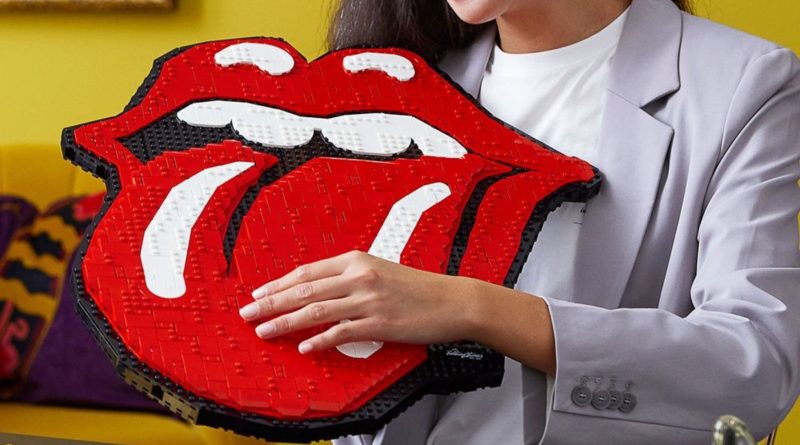 Fans of The Rolling Stones can display their love of the band’s classic and recognisable music with this new LEGO Art creation, depicting the tongue and lips of their logo as well as a tile decorated with the name of the band.

The model can be displayed flat, stood up or hung up on a wall, with the latter being the intended method of showcasing it in your home.

An alternate design is included in the set, offering a way to commemorate the band’s 60th anniversary with a colourful build on the tongue.

We’ve already published our early review of the set, which you can read to see what awaits you in 31206 The Rolling Stones.

The original logo designer has also reacted to the LEGO Art set, commenting on what it’s like to see his creation be transformed into bricks.