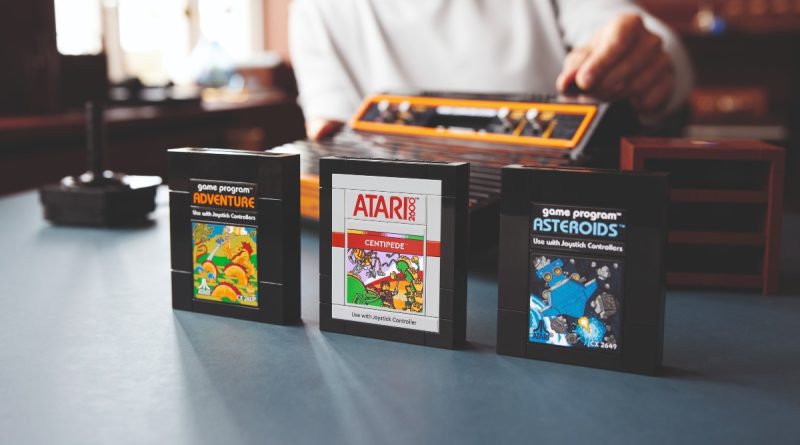 Chris McVeigh, the LEGO designer who created the new Atari 2600, has previous when it comes to brick-built retro computing.

A tidal wave of nostalgia swept across LEGO fans of a certain age when the new Atari 2600 video games console set was unveiled. The 2600, or Atari VCS (Video Computer System) as it was known for a while, was groundbreaking, bringing arcade smashes like Space Invaders into living rooms across the globe. Selling over 30 million units, it sparked the home gaming craze – not bad for a machine that cost $189.95 at launch, the equivalent of around $900 today.

The new set, which comes complete with three brick built game cartridges, Adventure, Asteroids and Centipede, was created by LEGO designer Chris McVeigh. However, this isn’t his first attempt at a 2600, or games consoles in general for that matter. Before Chris joined the LEGO Group, he was well-known in the LEGO community as a designer of micro-builds, and, on his website, he still has a number of free to download instructions, including some familiar designs.

There are various collections on the site, for builds of food, bonsai, arcade machines and Christmas ornaments. But in the tech section, alongside office chairs, cameras and phones, are a number of home computers and games consoles.

While none of the designs are specifically named, it’s not too hard to pick out machines like the original Apple Macintosh, the Commodore 64, the Commodore PET and what might be an Apple II. Further down the page though, are a small group of games machines, some of which look remarkably familiar. There’s the NES, released as a LEGO set in 2020 as 71374 Nintendo Entertainment System. There is something that looks suspiciously like the long forgotten Intellivision system, and with its instantly recognisable joysticks, what can only be an Atari 2600.

As for the other two consoles, we’re scratching our heads at the moment, but give us time – we’ll figure it out. The link for the Atari VCS suggests that Chris put the design up in 2017, so clearly he’s been thinking about 10306 Atari 2600 for quite a while.

You can support Brick Fanatics by buying your LEGO via our affiliate links. Thank you.