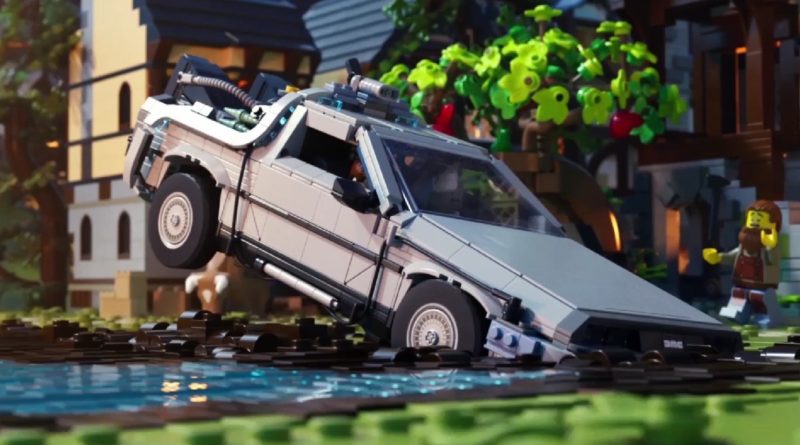 To mark the reveal of 10300 Back to the Future Time Machine, a new LEGO short is taking Marty and Doc through history, including Jurassic Park.

As part of a new page on the official online store celebrating the return of LEGO Back to the Future, the LEGO Group have released a new animated video to tour you through the model and the antics of the minifigure Marty McFly and Doc Brown before 10300 Back to the future Time Machine launches on April 1.

You might notice that the short is animated in a similar style to the LEGO Movie, with minifigures only moving in ways that they can in real life and everything being brick-built. Locations on the accidental time-travelling road-trip include a medieval landscape, a skyscraper-filled future and another Universal Pictures property.

The brick-built gates of Jurassic Park seen in 75936 Jurassic Park: T. rex Rampage are back in the short as Doc and Marty find themselves face to face with a T. rex. This is the second time that the properties have crossed paths in the world of LEGO after the LEGO Jurassic World game featured the license plate and Marty McFly.