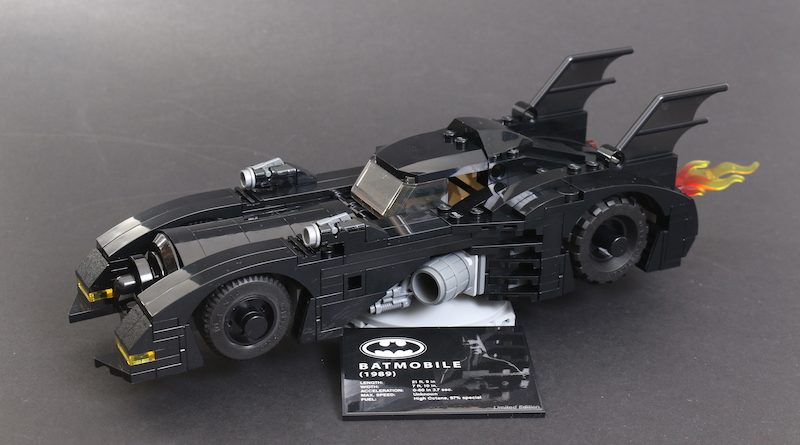 LEGO Batman 40433 1989 Batmobile – Limited Edition did not last long at LEGO.com, briefly available for free with orders including LEGO Batman 76139 1989 Batmobile. For the many who missed it, the instructions are at least available online now and can be downloaded as a PDF.

40433 1989 Batmobile – Limited Edition is a 366 piece model that replicates the Batmobile from the 1989 Tim Burton movie whilst managing to sneak in a barrel element. It is much smaller than 76139 1989 Batmobile and is roughly in scale with a minifigure.

LEGO Batman 76139 1989 Batmobile is currently on backorder, but should still arrive in time for Christmas for anyone who orders now. It is an ultimate homage to the 30 year old Batman film, recreating in loving detail the iconic ride from that film. Batman, Joker and Vicky Vale minifigures based on that movie are included with the set.

Images of next year’s DC series of LEGO Collectible Minifigures were recently revealed, bringing comic book characters to the blind bags for the very first time.