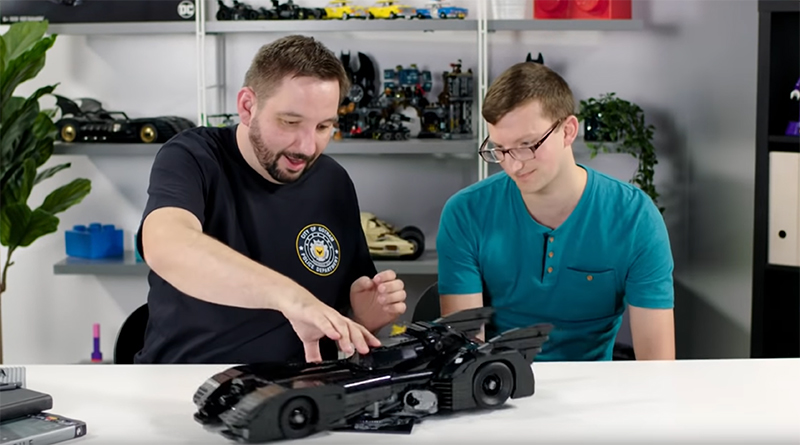 The LEGO designers behind LEGO Batman 76139 1989 Batmobile reveal its secrets in a new video.

LEGO Designers Chris Perron and Adam Grabowski are the two model experts responsible for the in-demand new set that celebrates 30 years of Tim Burton’s Batman, LEGO Batman 76139 1989 Batmobile. In a new video, they explain what went into bringing the iconic Bat-ride to LEGO life.

“The process for designing this model was get every screenshot, watch the movie, any reference that we could get from different angles of the different details in the car, then once we had the main shape locked out, because there were multiple of us wokring on this model we just started taking different sections, working at them one at the time,” Chris explains.

“We made brand new front wheels for it, because we wanted to make it in scale with the Tumbler,” says Adam, referencing 76023 The Tumbler.

“We didn’t really use a lot of stickers on the outside of the model,” says Graphic Designer Ioana Popescu. “We mainly focused on the inside, so the hubcaps on the model are newly decorated, the cockpit, which is a new element, we decided to decorate it just so we can get a more accurate cockpit.”