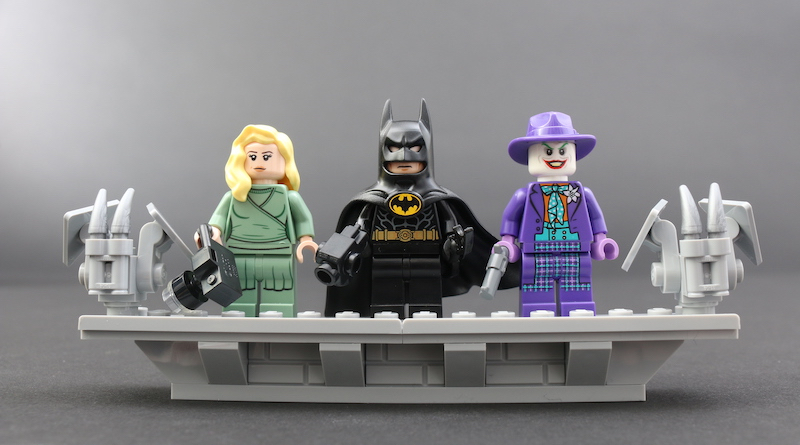 For those of a certain age, the 1989 representation of Batman and his nemesis, The Joker, will always be the most memorable – finally, they are released as minifigures in LEGO Batman 76139 1989 Batmobile

“I’m Batman.” As screen entrances go, it was epic despite its brevity. When Tim Burton brought his take on Batman to the screen 30 years ago, it defined the character for a generation and demanded that the Dark Knight be taken seriously. That particular representation of the bat-suit and Jack Nicholson’s portrayal of The Joker have stayed with fans despite the many different iterations that have existed since.

Now, LEGO Batman 76139 1989 Batmobile provides both characters along with Vicki Vale. That is not to ignore the more than 3,000 pieces that build an incredibly authentic version of the best-ever Batmobile (yes, better than the Tumbler), but that is extensively covered in the Brick Fanatics review of the set. So here, let’s sweep aside that massive quantitiy of black LEGO pieces and focus on the minfigures…

In the classic film, Batman is making himself known in Gotham City while Commissioner Gordon still denies his existence. As Jack Napier becomes The Joker, Bruce Wayne’s alter-ego faces his first real test, which leads him to confront his tragic past.

One of the tricky things about Batman in a live action format is that an actor in a suit can look slightly ridiculous. To counter this, Tim Burton kept the character in shadow for much of Batman (1989), a technique that has been used in the majority of the bat-flicks since. Since the film’s release 30 years ago, a lot of fun has been made of the single moulded piece that meant Michael Keaton’s mask and costume were one attached piece, leading to his famous ‘shoulder turn’ – the actor could not turn his head.

To recreate this unique version of the costume, the LEGO Group has produced a single moulded element that is the mask, cowl, cape and bat-symbol all in one. This is the first time that the character’s mask has been represented in this way and the first time that the cape has been moulded. It looks absolutely fantastic and makes for a nice change to the regular version of the Batman minifigure. Given that the original LEGO Batman minifigure was based on this version of the costume, it is nice that the designers came up with a way to make the 76139 1989 Batmobile edition stand out. 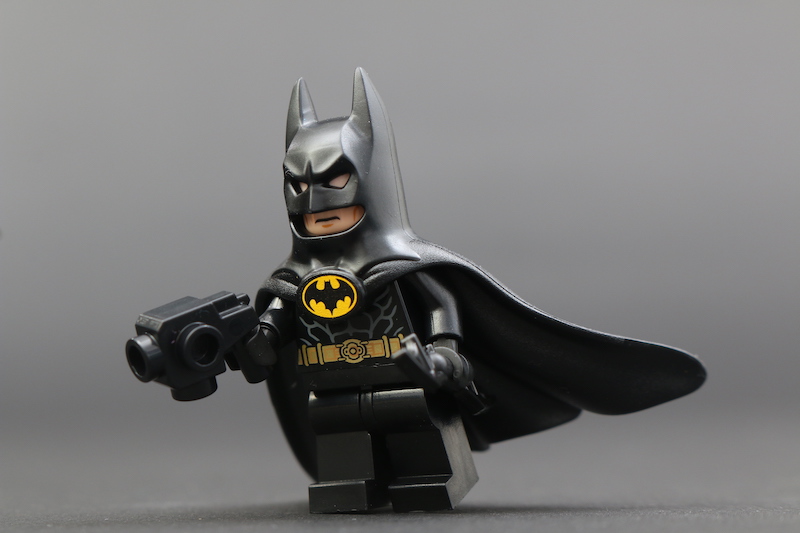 The Pulitzer-prize winning photo-journalist arrives in Gotham City to document the Batman story and before long finds herself dating Bruce Wayne. The Joker becomes obsessed with Vicki Vale, kidnapping her during the film’s climax.

Despite being the least iconic of the three characters included in 76139 1989 Batmobile, Vicki Vale is perhaps the most welcome. She has not appeared as a LEGO minifigure before and in previous toy ranges based on Batman (1989) has tended to be overlooked despite being an integral character in the film. The hairpiece used is perfect for representing the wonderfully large 1980s hair that Kim Basinger rocks in the film and the outfit matches her on-screen costume. 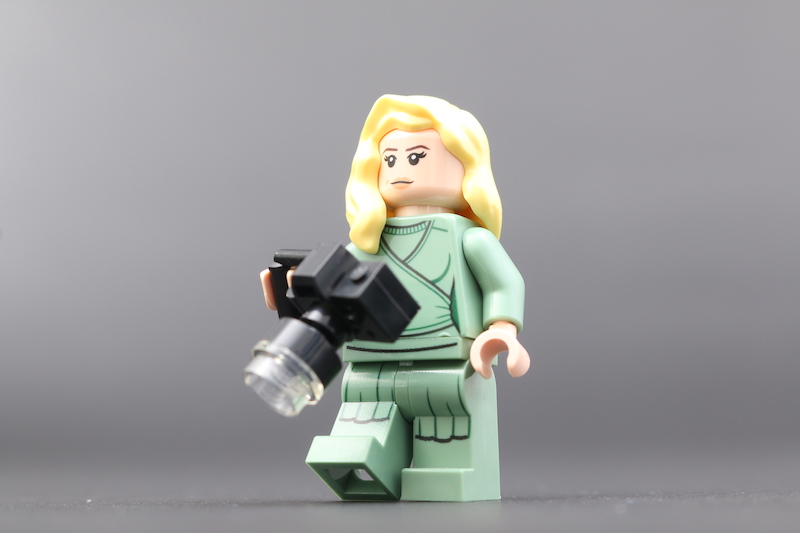 Starting the film as betrayed crimelord Jack Napier, an accident at the Ace chemical plant leads the card-flipping gangster to become the Joker, who enacts a series of escalating attacks until he attempts to slaughter Gotham citizens – “that time with the parade and the Prince music”.

Jack Nicholson’s portrayal of the Joker was considered definitive by many, until Mark Hamill and Heath Ledger came along to demonstrate the versatility of the role. Nonetheless, watching him have an absolute ball playing both a genuinely funny and genuinely psychotic version of the character is still a delight, his take on the finest DC Comics villain is one that fits perfectly into Tim Burton’s take on Gotham City.

This minifigure take on the Joker captures the on-screen character perfectly, with the face especially worthy of note. The arched eyebrows, carefully shaped smile and inexplicably creepy eyes evoke this particular Joker very precisely. The torso and legs follow the outfit carefully, down to the waistcoat and poison-spewing flower. 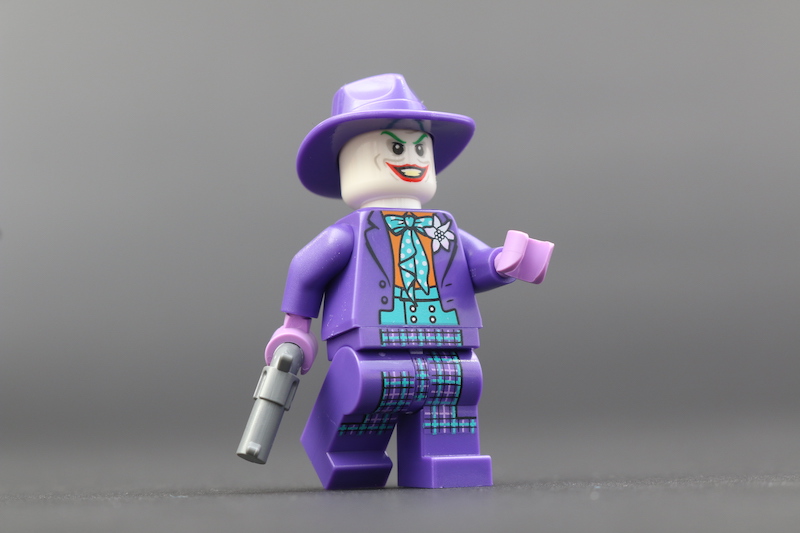 It cannot be claimed that the LEGO Group has short changed fans with the minifigures in this set, with each one perfectly reflecting the source material and exclusive to 76139 1989 Batmobile. For those who have been waiting for accurate versions of these three characters – and who would have imagined ever getting Vicki Vale? – this really is a suitable acknowledgement of the 30-year-old movie.

What’s more, anyone who buys the set from LEGO.com during its first week of release will get 40433 1989 Batmobile – Limited Edition for free – and that set is minifigure scale, so these characters will have a proper companion piece to interact with.

While no-one buys a £219.99 LEGO set just for the minifigures, this – very much like 75936 Jurassic Park: T. rex Rampage – is an occasion where they count for a lot more than they usually would. If an excellent rendition of the best Batmobile ever was not reason enough to order this set, then the minifigures can tip it over the edge.

76139 1989 Batmobile will be available from November 29 exclusively at LEGO.com. You can help support Brick Fanatics’ work by using our affiliate links.