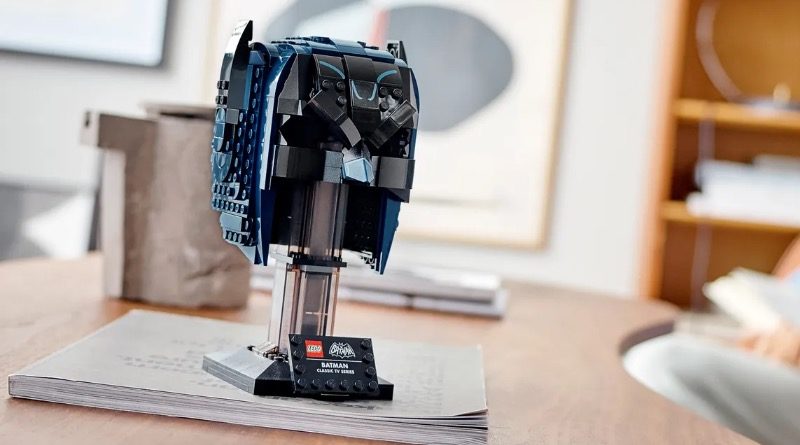 LEGO Batman 76238 Classic TV Series Batman Cowl is now available to pre-order at LEGO.com in North America ahead of its October release.

Those of us in the UK and Europe will have to wait until launch day to put down cash for the latest Bat-headgear, but fans in the US and Canada can already secure their copy of 76238 Classic TV Series Batman Cowl.

It’s the second Batman-themed addition to the LEGO Group’s growing collection of busts and helmets, following in the footsteps of 76182 Batman Cowl. And as their names suggest, both of these sets are literally just the Caped Crusader’s cowls, resting on transparent stands (rather than covering an approximation of Bruce Wayne’s chin).

This is also the second set this year to take inspiration from the ‘60s Batman TV series, which saw Adam West don the Batsuit alongside Burt Ward as Robin. The other is already available at LEGO.com worldwide in 76188 Batman Classic TV Series Batmobile.

Consider supporting the work that Brick Fanatics does by pre-ordering your copy using our affiliate links. Thank you!