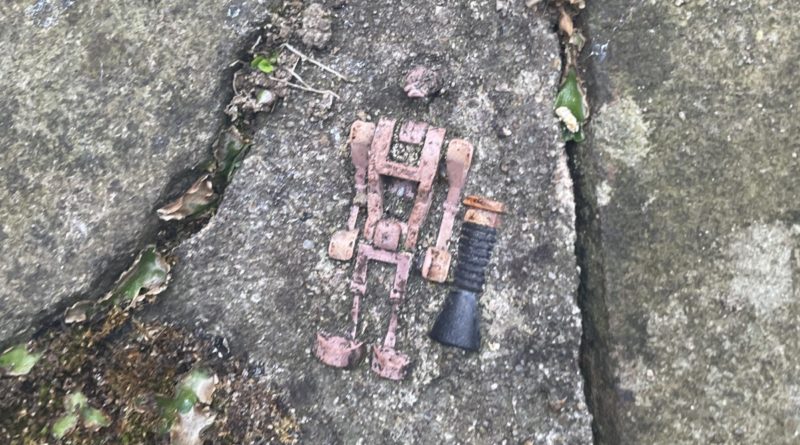 The durability of LEGO bricks has been put to the test by fossilising a Star Wars Battle Droid figure for almost two decades in stone.

Whilst many will know that even the earliest LEGO bricks ever released are still compatible with the newest elements released today, it turns out the signature plastic is also durable enough to survive 18 years embedded in stone, without losing the iconic shape of a Battle Droid minifigure.

Reddit user Cunningcod on the LEGO Star Wars subreddit started the experiment 18 years ago by burying a Battle Droid in their patio. At first glance, it seems that the only difference that has come from being embedded in stone is discolouration on the elements, with aspects of the body, head, element and megaphone-using blaster all visible.

Whilst sticking every Battle Droid in carbonite might not have been an ideal tactic during the Clone Wars, the technique seems to have worked well for the user but may take some time for you to replicate.

As identified by a comment, this version of the LEGO Battle Droid appears to be a rare minifigure that appeared in Star Wars 4478 Geonosian Fighter from 2003, a minifigure that currently sells on Bricklink in a new condition for around £20.

Should you wish to give fossilising a droid a go for yourself, the minifigure, or at least a variant of it can currently be found in both 75283 Armored Assault Tank (AAT) and 75280 501st Legion Clone Troopers, both of which are available now on the official online store.