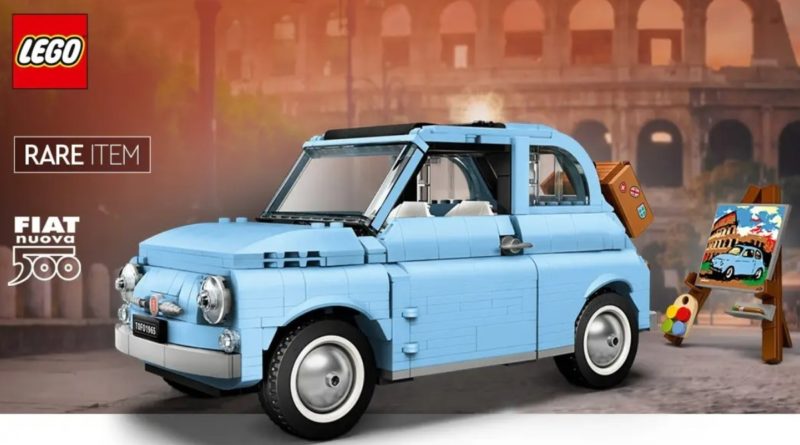 Like the other four recoloured or resized sets in the newly-announced pilot program, the light blue version of 10271 Fiat 500 is only available to order through official LEGO channels in the UK and a single third-party retailer.

That’s good news for international fans, because Zavvi currently ships beyond just the UK. It means it’s the only one of the five sets in the pilot program available beyond British shores – but you’ll likely have to act quickly if you want it, because production numbers are likely to be limited.

The LEGO Group hasn’t revealed exactly how many copies of each set will be produced, but they’ll only be available until November 30 at the latest (or while stocks last). Expect Zavvi’s quota of 77942 Fiat 500 to therefore disappear very quickly.

Click here to learn more about the new pilot program, including why the LEGO Group has chosen to (mostly) limit it to the UK.

Support the work that Brick Fanatics does by purchasing your LEGO from Zavvi through one of our affiliate links.